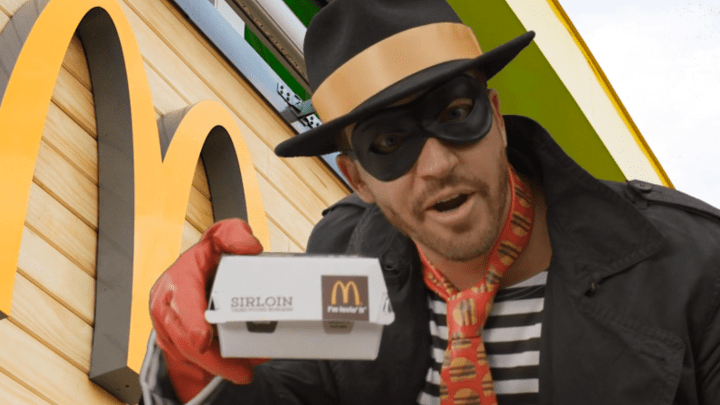 There’s a rule in political campaigns that if you’re defensively explaining yourself all the time, that means you’re losing. If that rule holds true in the fast food world, then McDonald’s must really be in a world of hurt right now. Harry McCracken posted a picture on his Twitter account that shows McDonald’s has started creating paper placemats at its restaurants whose sole purpose is to debunk nasty Internet rumors about its food.

RELATED: McDonald’s is more desperate than we ever imagined

As you can see, McDonald’s is actually debunking the Internet myth that its burgers are made with “pink slime” on a placemat. Really, think about this: Someone is reading this placemat because they’ve presumably already bought a burger. And while they’re eating that burger, they’re going to look down and be reminded that some people have said it’s made from pink slime.

This is the equivalent of going on a date with someone and introducing yourself by saying, “Nice to meet you! I’m not a sex offender!” Even if that statement is 100% true, your date will be really freaked out that you decided to mention it at all. After all, if you have to tell me you’re not a sex offender, then there must be something about you that would make me think you are a sex offender.

I have no idea what McDonald’s is thinking with campaigns like this but they’re only going to hasten the downfall of an iconic American fast food chain.