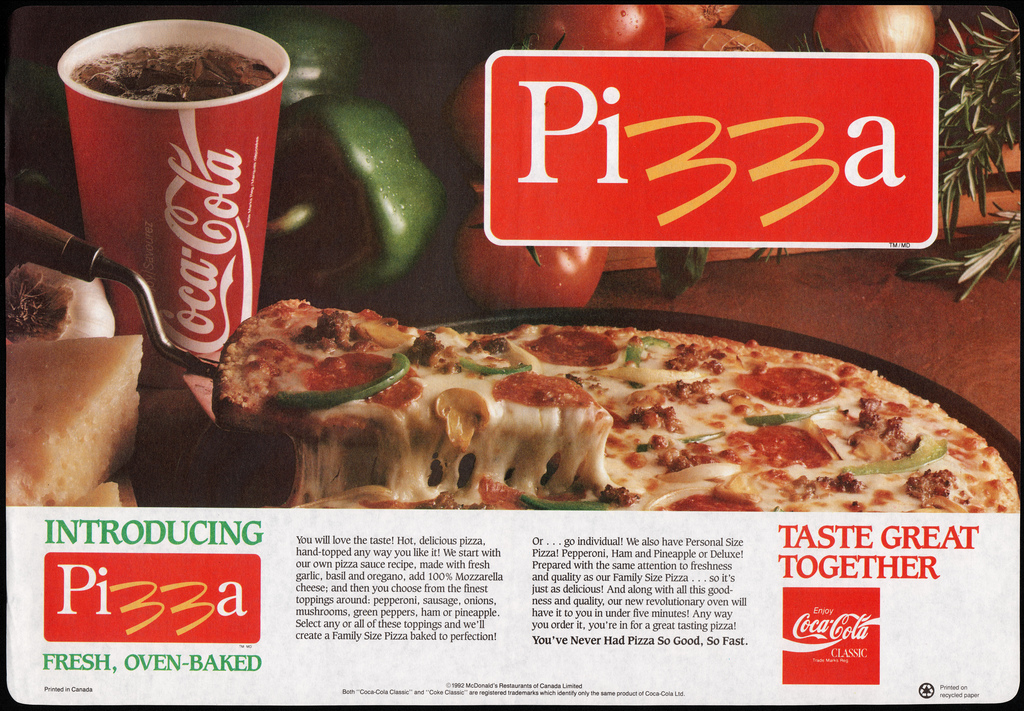 Over the years, countless food items have come and gone from McDonald’s finely-tuned menu, but one franchise owner in the Midwest decided that the McPizza was more than just a fad. That’s right — the McDonald’s pizza that you knew (and loved?) in the ’90s is still on the menu, but only at two U.S. locations.

FROM EARLIER: Video: McDonald’s explains that its McNuggets are really made from chicken and contain no beaks

As reported by Canada.com, one McDonald’s on the Ohio River and another in Spencer, West Virginia, both owned by Greg Mills, still serve piping hot McPizzas day in and day out.

“According to employee Judy Norman, it’s the same pizza as they sold when she started there 11 years ago and it’s presumably the same that children everywhere enjoyed throughout the 1990s,” writes Canada.com’s Ashley Csanady.

Norman tells Canada.com that there are “days when everyone wants pizza and there are days where just every so often you get a pizza [order].”

So if you were planning on making a cross-country road trip any time soon, it might be worth altering your route just to make sure you pass through Spencer, West Virginia on your way. After all, McDonald’s should have the pizza ready for you in under 5 minutes: