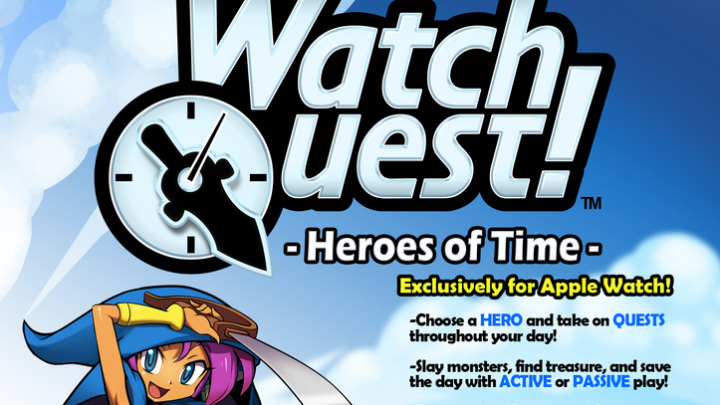 The Apple Watch, much like the iPad before it, has come under a great deal of scrutiny since its reveal. The number one question consumers have for Apple: Why should I buy a smartwatch? We asked the same question about the iPad, but as we quickly found out, there was no simple answer.

For some, the iPad is a simplified, portable tool for work. For others, the iPad is an overpriced gaming console (a group in which I place myself). I believe we’re going to discover something similar as the dust settles following the launch of the Apple Watch.

MORE GAMING: You need to watch Conan get destroyed in Mortal Kombat X

On Tuesday, game developer WayForward unveiled Watch Quest, “the first adventure game made exclusively for Apple Watch.” The game will make use of both the iPhone and the Apple Watch, as players will choose their characters and equip them with gear on the iPhone app and then send them on a journey filled with monsters, puzzles and treasures on the Apple Watch.

Depending the difficulty of the quest you choose to embark on, you will be able to play more passively or actively. The game will be free to download with one training quest, but you’ll have to pay for Quest Packs with more characters and campaigns from within the iPhone app.

Watch Quest will be available to download on April 24th, alongside the launch of the Apple Watch.