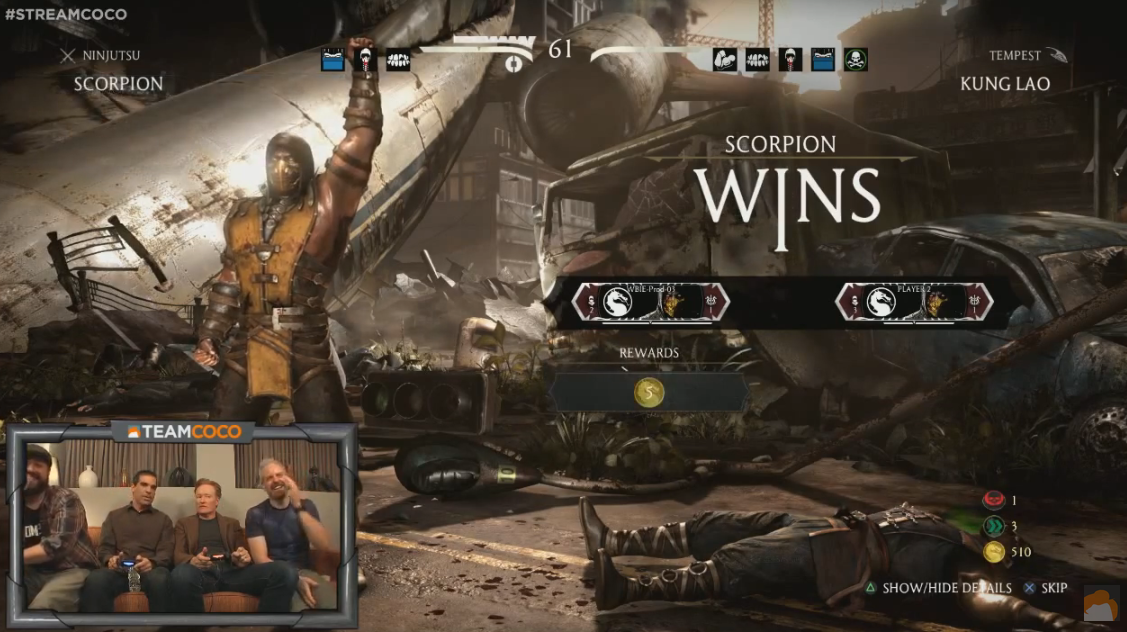 Even for people who are desensitized to video game violence, Mortal Kombat X can be pretty gruesome, particularly the closeup shots of assorted human organs being ripped out of characters’ bodies. Because of this, we were interested to see Conan O’Brien’s always-fresh take on the game when he played it this week alongside game creator Ed Boon as part of the Monday Melee gaming segment.

Conan starts playing the game at around the 51:30 mark in the video when he triumphantly announces that he’s “very good at this game” before pausing and asking, “What do I do?”

He then picks his character and gets into a bloody virtual battle with Boon. At one point, Conan pulled off a move that involved sawing Boon’s character head in half and making his heart pop out of his chest… and yet Boon’s character still somehow survived this and defeated Conan, who was apoplectic after the match.

“Wait, you won even though I sawed your head into two pieces and then we saw your heart explode,” Conan said, seemingly marveling at the insane level of video game logic he just saw. Apparently, Conan never played the original Ninja Giaden for NES in which a hawk attacking your head caused three times as much damage as being shot directly in the face.