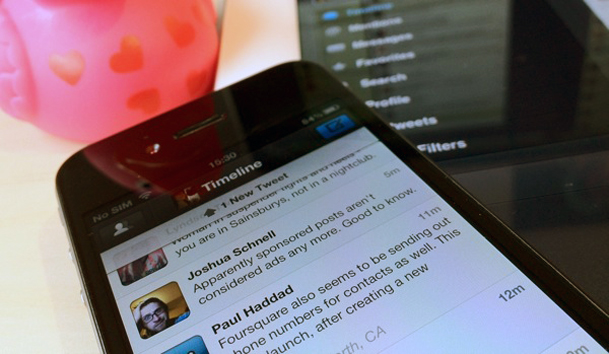 Twitter has shown us numerous times in the past that it has no problem angering third-party developers — and in turn, users — with restrictions as it continues its effort to increase revenue. Now, with news that the company will soon go public, questions now must be raised about the future of third-party Twitter clients as a whole. The company made some big changes to its API last year that caused a panic across tech blogs and even some mainstream media. By capping the number of users a Twitter app could support without first getting permission from Twitter, users and developers worried that Twitter was waging war on third-party apps. While that panic ended up being somewhat overblown, we may now be on a road to ruin that will change the third-party Twitter app landscape forever.

Twitter announced on Thursday that it filed an S-1 with the SEC ahead of plans for an initial public offering (IPO). The news didn’t really come as a surprise, but the fact that it was filed confidentially obviously means Twitter’s current annual revenue is less than $1 billion.

With more than 288 million monthly active users as of this past January, Twitter will likely be under immediate pressure from investors to increase revenue. Similar pressure clobbered Facebook’s stock for months before it finally recovered recently as mobile ad revenue growth kicked into high gear. Once Twitter goes public, all eyes will indeed be on advertising revenue growth.

Right now, Twitter is losing money every time a user accesses its service with a third-party client like Tweetbot or Twitterific. These users don’t see or interact with sponsored posts the way they do in Twitter’s own apps and on its website, and Twitter loses that ad revenue as a result.

There are a number of possible remedies to the situation and none of them will be without backlash from users and developers.

First and foremost, Twitter will want to ensure that it is monetizing its users each and every time they access its service. In the worst case scenario, that could mean giving many or even most third-party clients the ax. It sounds crazy, but don’t think for a second that the free ride many developers have enjoyed will continue.

Another, perhaps more likely possibility, is that Twitter will change its API terms to force developers to serve Twitter ads in their apps. This actually could end up being a good thing for developers if it is accompanied by a revenue-sharing plan.

Paid API access is another, perhaps less likely scenario, and for users it would likely be far worse than forcing developers to serve sponsored posts. If developers have to monetize their apps better in order to offset new API access fees, their advertising solutions will more often than not be far less elegant than Twitter’s sponsored posts and other new solutions it comes up with.

There are plenty of other possibilities but the bottom line is that Twitter’s IPO will change third-party apps as we know them today. It’s not a matter of “if,” but “when.”