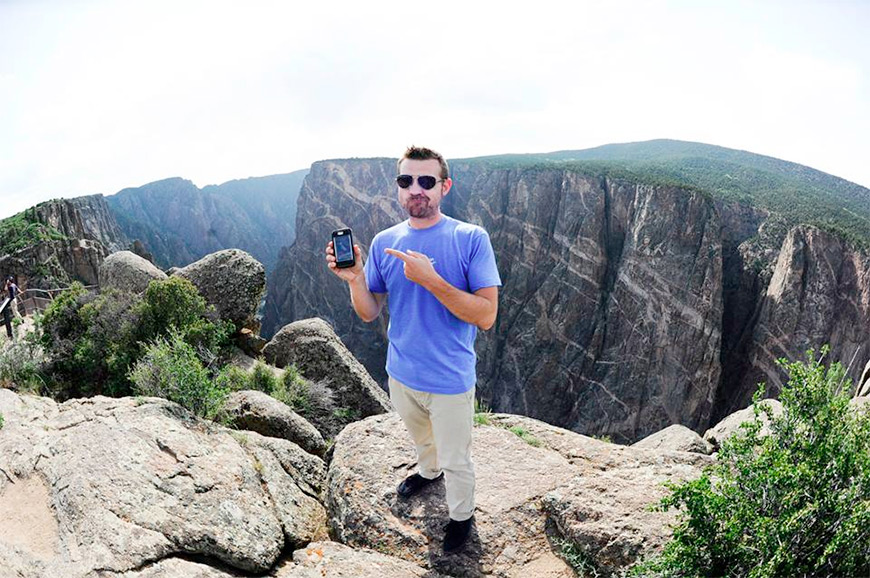 Last week, I drove for 11 hours in a vehicle during a single calendar day. I decided to take such an endeavor the evening before, and all told, it took around five minutes to scope out the plan. The morning of, I settled into the adequately posh driver’s seat of a trusty rental car, tossed my iPhone into a Kenu Airframe mount, tapped a few screens, and threw it in drive.

And I knew that absolutely everything was going to be just fine.

In today’s world, where dozens upon dozens of brand-new, never-before-heard-of technology launches happen on a weekly basis, it’s actually quite difficult to sit still and appreciate the here and now. We moan about Google Maps’ lack of offline support, cheer when it’s “finally” added, and immediately turn our gaze to whatever is happening next. It’s natural — the inclination to fixate on the present and immediate future — but at some point during the past seven days, it dawned on me that we’re living in incredible times.

I crisscrossed Alaska — easily the largest state in the US of A — to the tune of 1,462 miles in just a few days. What I didn’t do was get lost, or even fear it.

It’s tough, particularly for me, to overstate just how remarkable turn-by-turn navigation truly is. It’s something that mainstream Americans take wholly for granted, despite being a fairly new phenomenon. Early next year, Google Maps will celebrate its tenth anniversary. To say that another way, Google Maps isn’t even a decade old, but it’s exceedingly difficult for many to imagine life without it, or something very similar.

What technology has enabled is the ability to always have a bearing. To never get lost. To completely avoid the sinking feeling of having no clue how to move from where you’re at, to where you want to be. Yes, we used maps, chatty petrol station attendants, and raw intuition for years prior to having a free GPS app on our phones, but it’s worth recognizing just how much more efficient our movements can be now with highways, byways, side streets, and subway routes in the palms of our hands. What used to be daunting to all but the most hardened of travelers is now feasible for anyone with a mind to translate their imagination into text within a search box.

I owe another tip of the hat to turn-by-turn as it pertains to exploration. My wife and I have a lofty goal of visiting every single U.S. National Park. While in Anchorage, I realized that it’d be possible to step foot in Wrangell–St. Elias National Park and Preserve — the largest single area managed by the National Park Service — by driving around 5.5 hours each way. Done.

What I didn’t consider, however, was how famished we’d be after hiking a bit on the famed McCarthy Road. Thanks to the likes of Google Maps, Yelp, etc., it requires little more than the opening of an app, searching for restaurants nearby, and deciding what sounds appetizing. What used to be an hourlong exercise in frustration now takes but a few seconds. Oh, and it routed me to an excellent hotel eatery in Chitina, Alaska — a place so remote and so quaint that I won’t soon forget it.

I realize that none of the acts I’m championing here are new. To the earliest adopters of smartphones, it’s not even novel. But technology’s impact makes the greatest thud when it’s able to systemically make its way to the masses. Somehow, turn-by-turn has managed to make the dread of being lost merely a concept that we’ll describe to our grandchildren.

To me, that’s worth celebrating… even if you aren’t entirely sure where you want to celebrate just yet.