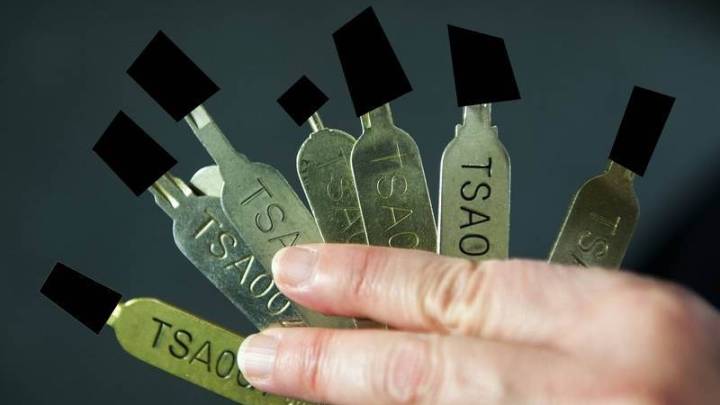 In spite of the many security policies it enforces, the TSA isn’t really on top of its game when it comes to guarding its own secrets. Not long ago, a publication ran a story on TSA security measures complete with a high-resolution image that showed the master luggage keys the agency uses to open locked luggage. At the time, it was believed the picture would provide enough details for anyone their own master keys – and it looks like that’s exactly what happened. Anyone with a 3D printer can download the schematics off the Internet and print their own keys.

As Wired reports, the 3D designs that can be downloaded by anyone from Github are good enough that plastic 3D-printed keys will work inside locks (see the video below that shows one such key in action). The TSA and The Washington Post probably regret ever allowing the image, shown above with the key’s tips redacted, to go up online back in 2014 when the article was originally published.

The “hack” goes to show that modern technology – including high-resolution cameras and 3D printing technology – can be used to steal precious information from unsuspecting people. Imagine someone using Canon’s amazing 250-megapixel camera to take pictures of your house keys in your hand from a block away, and then 3D printing them for easy access to your home. Now that’s a much scarier scenario.

More details about the TSA luggage master key hack are available in Wired’s report, which is linked below.