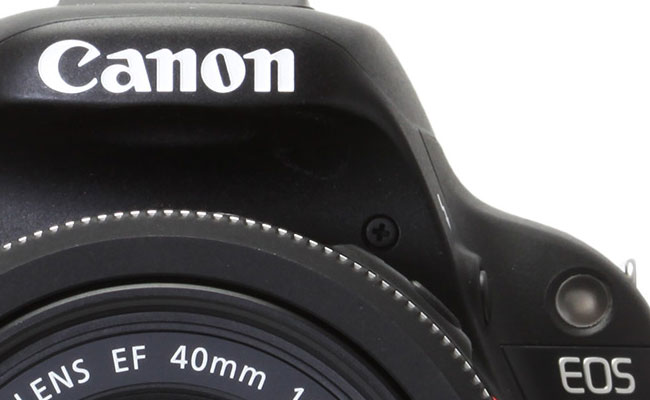 Whoever Canon has working long hours in their R&D labs deserves a raise. Just about a month after the company introduced a video camera that can record HD color video in the dark comes another mind boggling advancement – a 250 megapixel monster of a sensor.

Earlier today Canon formally unveiled a 250 megapixel image sensor small enough that it can fit inside of a DSLR camera. Highlighting how powerful the new sensor is, Canon writes that it can distinguish the lettering on the side of an airplane flying 11 miles away “from the shooting location.”

The company’s new sensor is also no slouch when it comes to recording video. Specifically, Canon relays that it can capture video footage at a resolution 125 greater than standard 1080p (1,920 x 1,080 pixels) and 30 times greater than what’s possible with 4K (3,840 x 2,160 pixels). As a result, the sensor makes it possible to really magnify video footage without sacrificing image resolution or clarity.

Speaking to inherent challenges involved in storing such high quality video, SkyNews notes that “around 1.25GB of storage would be needed every second at 30 frames per second.”

The press release, which also touts the new sensor’s speed, reads in part:

With CMOS sensors, increases in pixel counts result in increased signal volume, which can cause such problems as signal delays and slight discrepancies in timing. The new Canon-developed CMOS sensor, however, despite its exceptionally high pixel count, achieves an ultra-high signal readout speed of 1.25 billion pixels per second, made possible through such advancements as circuit miniaturization and enhanced signal-processing technology. Accordingly, the sensor enables the capture of ultra-high-pixel-count video at a speed of five frames per second. Additionally, despite the exceptionally high pixel count, Canon applied its sensor technologies cultivated over many years to realize an architecture adapted for miniaturized pixels that delivers high-sensitivity, low-noise imaging performance.

Without question, a sensor of this magnitude will be just a tad too expensive for the consumer market. As a result, Canon envisions it ultimately finding a use in areas like specialized surveillance and crime prevention tools and in ultra-high-resolution measuring instruments.