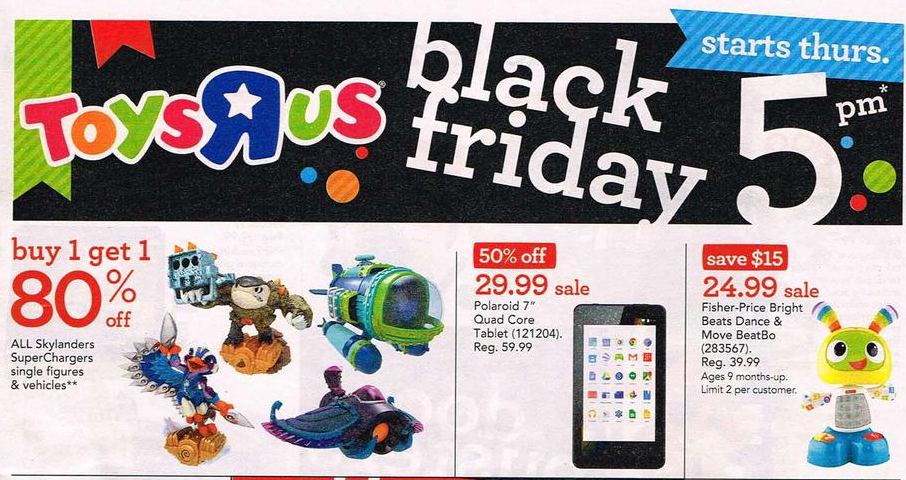 Most of the larger retailers in the United States have shared the details of their Black Friday 2015 sales events by now, but it was only moments ago that the full 28-page ad for Toys R Us finally made its way online.

As you might expect, the ad is chock full of games and toys, leaning heavily toward a younger market than what you might see in the Best Buy ad or the ad for eBay’s upcoming sales events. That said, we’re still found a few gems worth highlighting:

There are tons of other deals to check out in the full Black Friday ad, and we’ve shared five pages from the flyer below. Visit the links down in our source section for the full ad, and be sure to visit our Black Friday 2015 hub for more.