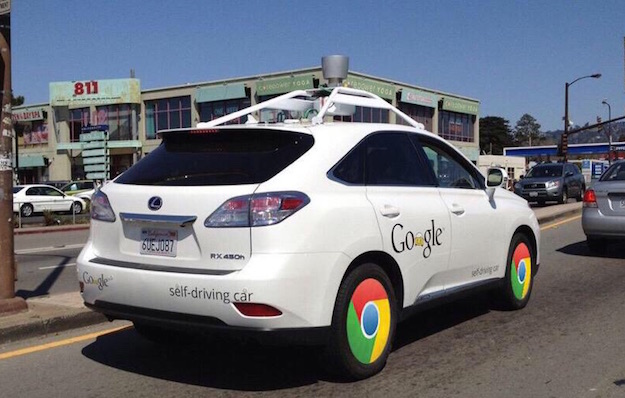 Toyota, whose vehicles travel 1 trillion kilometers every year, won’t sit idly by witnessing how Google, Apple, and Tesla shape the future of self-driving cars. The Japanese giant confirmed it’ll invest no less than $1 billion over five years into a new Silicon Valley-based company whose sole purpose will be to develop artificial intelligence products, focusing on self-driving cars.

DON’T MISS: The first thing everyone needs to do with a new iPhone 6s

“I used to say, quite until recently, that we will go ahead with automated drive only if they beat humans in a 24-hour car race,” Toyota President Akio Toyoda said at a news conference, according to Reuters. “But I changed my mind after I got involved with planning of the 2020 Olympic and Paralympic Games (in Tokyo),” explaining that he realized the disabled and elderly may be among the main beneficiaries of such technology.

While Toyota President did not mention the unexpected competition – Google, Apple and Tesla each have tech in place for future self-driving cars – it’s clear that the Japanese carmaker isn’t ignoring these developments.

Google is already testing self-driving vehicles while Apple is rumored to be working on a car of its own. Tesla has added advanced autopilot features to its cars via a simple software updates, though no Tesla model is ready, or legally allowed, to drive itself around.

The new research institute will staff 200 people, aiming to accelerate research and development in AI, but also big data.

Just a few days ago, an iconic car designer, who worked on popular Ferrari and Porsche models in the past, warned Japanese carmakers that they will soon have to compete against tech companies that have a significant advantage. Google and Apple might not know how to make cars, but they’re well ahead when it comes to creating the software that will power the next generation of smart vehicles. Toyota, it seems, is ready to compete against Silicon Valley.