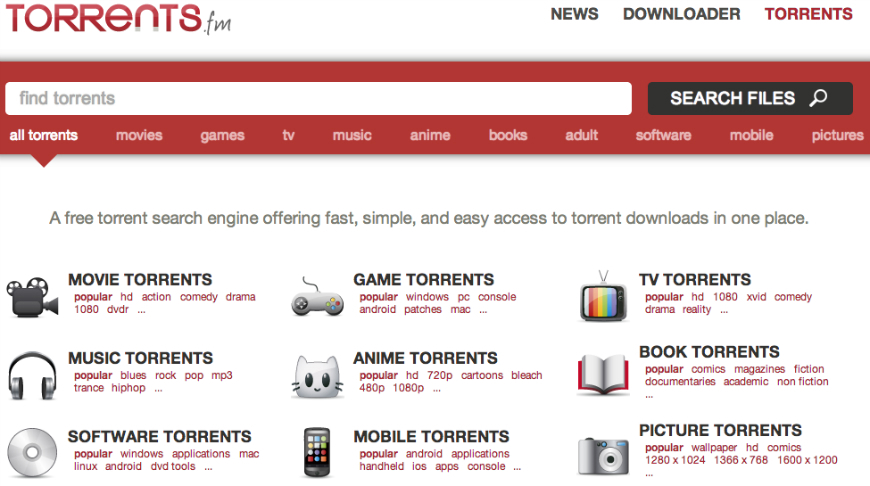 A new torrent-indexing site comes from Spain using search technology financed by the government and developed by a P2P veteran who managed to defeat big music labels in court. Pablo Soto was cleared by a court in 2011 in a case pursued by big labels including Universal, Sony, EMI, Warner and the “Spanish RIAA” Promusicae which were seeking €13 million in damages from Soto’s company that created various file-sharing services. The court found Soto’s software to be “totally neutral,” TorrentFreak reports, while the labels argued it was designed to infringe on their copyrights and profit from them.

Soto then developed the Foofind search engine after receiving a €1.6 million grant from the Spanish government, and came up with a torrent site that uses the Foofind technology – Torrents.fm currently tracks 30 million torrents. Additionally, Soto developed a torrent client with built-in search features called “Torrents Downloader,” and released the code as Free Software for an “open Internet.”

“We’ve been fighting for what we believe is right for almost 15 years,” Soto told TorrentFreak, in defense of his recent creations that will surely raise some concerns with copyright owner. “I received my first multi-million lawsuit from the majors six years ago. We will keep defending ourselves, and so far we’ve won on every court decision.”