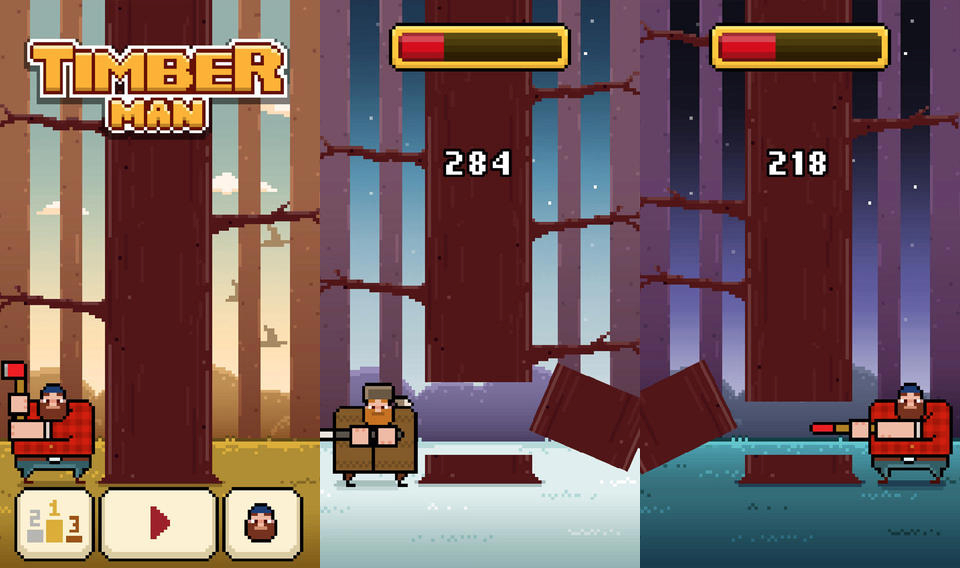 Timberman is a new mobile game taking app stores by storm, TechCrunch reports, and it’s not a Flappy Bird clone. However, the game does have some common features with Flappy Bird, including simple, arcade-style graphics and sounds, and an even simpler, yet addictive, gameplay.

While you don’t have to fly through an obstacle course in Timberman, there certainly are obstacles to avoid in this game as well. What you have to do is cut down an endless tree and make sure the branches that appear on the left and right side of the tree don’t hit you. Sounds simple enough, but it’s a lot more complex than that.

Timberman is available as a free download from both the App Store and the Google Play Store, and requires devices running either iOS 4.3 or later, or Android 2.2 or later, respectively, to run. A $0.99 Golden Edition version of the game is also available for iPhone, and other iOS devices, free of ads and ready to offer more things to unlock.

According to data from App Annie, the game has made it into the top five App Store apps overall in more than 20 countries, and is the most-downloaded game in eight countries.

In the Google Play Store, the game has over 43,000 reviews, averaging 4.4 stars out of 5. According to Google data, Timberman for Android has been installed on up to 1 million devices.

An animation showing Timberman gameplay is played follows below: