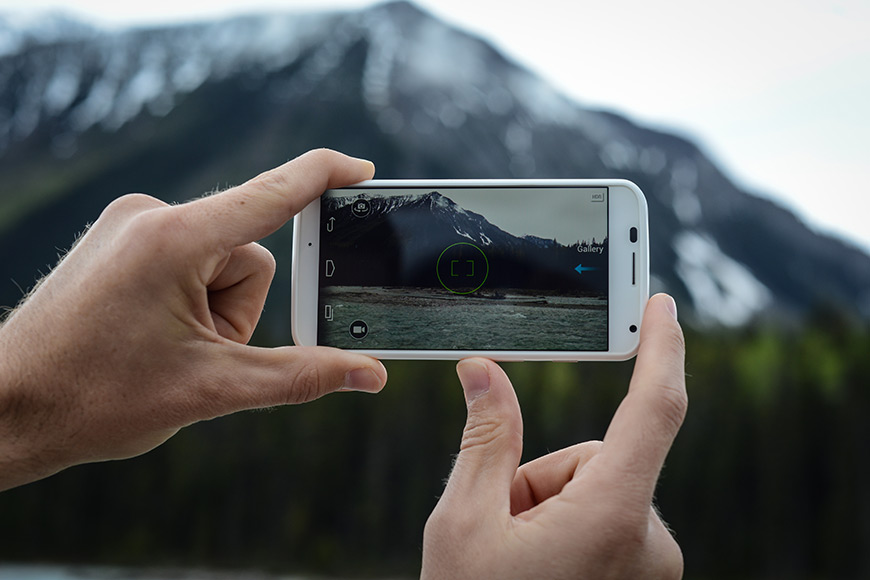 It was November of 2006, and while many were stuck in a food coma and/or preparing to zone out for the holidays, Flickr was launching a new tool. “Camera Finder,” it was dubbed, and its purpose was immediately clear: To allow viewers an insider’s look as to what digital imaging tools were making the biggest splash across the network. Even in 2006, consumers adored trends. As it turns out, Nikon even took out a sponsorship to trumpet its mighty D80 DSLR — after all, what camera company wouldn’t want such a tool to showcase its wares on?

A few slots down sat an atypical creature. Sony Ericsson’s K750i was the most popular camera phone on Flickr — because, really, who wouldn’t want to upload anything and everything captured by a 2 megapixel rear sensor? Fast forward to April 2011. This month, the iPhone 4 surpassed Nikon’s (also magnificent) D90 to become the most used camera on the entire site. In November of that same year, the iPhone 4s required but 30 days on the market to trail only the iPhone 4 in popularity.

And with that, a new era of photography was born, launching us into a world where every eye — no matter how keen — had the potential to archive and document every tick of the clock.

It’s true that not everyone with a camera is a photographer, similar to how not everyone with a brush is an artist. But the commoditization of the camera, and the ability to have one in-hand twenty-four hours per day, has rapidly changed how Earth’s turning is documented. Earlier this year, a study found that our planet’s citizens were uploading nearly 2 billion — with a B — photographs to Facebook, Instagram, Flickr, Snapchat, and WhatsApp every day. Due to being snapped on a phone, a huge swath of those have location metadata that can be used to accurately preserve how a given place looks at a given time. That level of historical perspective wasn’t possible prior to the advent of the camera phone.

Imagine this: what if America’s earliest settlers were all equipped with the latest camera phone? After you finish spitting out your morning coffee, have another think — what kind of incredible insight would we have if that era were sharing billions of location-stamped photographs per day? How many more mistakes could we as a society avoid if we had such rich documentation to pore over? If a single image is worth a thousand words, it’s easy to see that humanity as it stands today is writing far, far more than any other generation prior.

It’s true that not every photograph uploaded is worthy of laud. It’s also true that not every selfie is going to be as poignant as the one Buzz Aldrin snapped from the surface of the moon. But placing a camera in the hands of billions is an exceedingly powerful accomplishment, and it’s difficult to fully grasp just how impactful it’ll be in the here and now.

A century from this day, our world’s knowledge bank is going to be immensely larger than it is now, and a lot of that will be derived from people like you — people who simply pause to capture a moment in time that would’ve surely been forgotten just a few years ago.