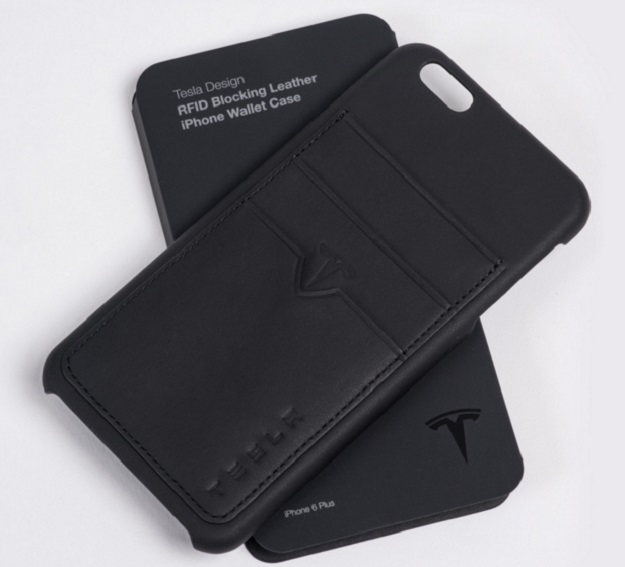 In something of a strange marriage of brands, Tesla, the Elon Musk led company hell-bent on popularizing electric vehicles, recently began selling and manufacturing iPhone cases. Available for purchase via the company’s online store, the cases range from $45 to $50 depending on if you have an iPhone 6s or 6s Plus and depending on if you want a standard case or a wallet case.

Tesla’s new iPhone cases are made out of high quality leather and, truth be told, don’t look half bad. Now of course, the obvious question here is what in the world is Tesla doing selling iPhone cases in the first place?

Well, it turns out there’s a perfectly viable explanation.

Like most luxury automakers, Tesla offers accessories made from automotive-grade leather leftover from making the interior of its vehicles, which is an interesting way for the manufacturer to promote its brand while reducing upholstery losses,

Makes sense. And with Tesla’s flair for innovation often drawing deserved comparisons to Apple, it stands to reason that there’s a sizable overlap between Model S/Model X owners and iPhone users. Some other interesting and notable items for sale via Tesla’s online store include leather driving gloves that can be used on touchscreen smartphones and an $85 Alpaca Scarf (sustainably sourced, of course) made in Peru.