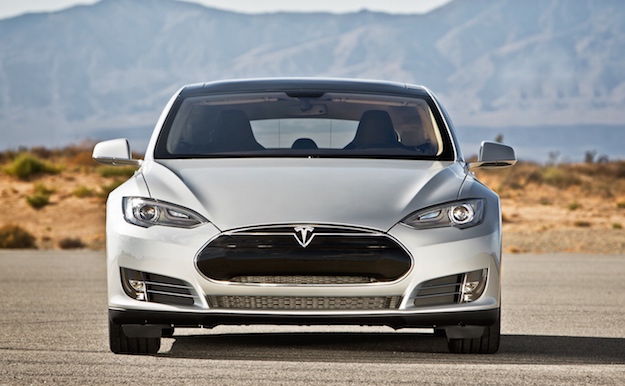 It’s a journalist’s duty to track down any leads necessary in order to tell a complete story, but it’s possible to take things too far. That appears to be what happened last Friday when two Reno Gazette-Journal staff members were found trespassing on the grounds of Tesla’s $5 billion Gigafactory in Nevada.

READ MORE: U.S. military wants to develop a ‘vampire’ drone that vanishes in the daylight

When another Tesla safety manager joined the crowd to let the journalists know that the Sheriff’s Department had been alerted and was sending officers to the facility, the journalists are said to have jumped into their Jeep, put the vehicle into reverse and accelerated into one of the safety managers as he attempted to record the license plate number.

And it only gets worse from there:

“As the RGJ employees fled the scene, their Jeep struck the ATV that carried the two safety managers. When one of the safety managers dismounted the ATV and approached the Jeep, the driver of the Jeep accelerated into him, striking him in the waist.”

Tesla says that the Sheriff’s Department did eventually arrive on the scene, arresting the driver and charging him with two counts of felony assault with a deadly weapon. Both journalists will be charged with trespassing.

The Reno Gazette-Journal has its own version of the events as well, noting something that went unmentioned in Tesla’s report:

I won’t speculate on the exact sequence of events, but it’s clear that no matter the details of the ensuing incidents, none of this would have happened if the RGJ employees had avoided trespassing on Tesla’s property in the first place.

“We appreciate the interest in the Gigafactory, but the repeated acts of trespassing, including by those working for the RGJ, is illegal, dangerous and needs to stop,” concludes Tesla. “In particular, we will not stand for assaults on our employees and are working with law enforcement to investigate this incident and ensure that those responsible are brought to justice.”