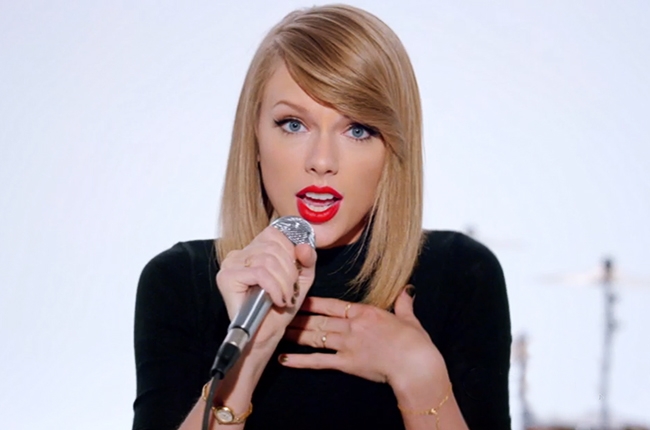 Even the haters who hate, hate, hate Taylor Swift may have found themselves singing “Shake It Off” against their wills at one time or another and it turns out there’s a very good reason for this. Dean Olivet, a YouTube user who regularly uses music theory to break down top pop songs, has posted a video breaking down why “Shake It Off” is so annoyingly catchy, and it’s a must-watch for anyone who’s ever wondered how pop songs are crafted.

On its surface, the song is nothing special since it’s in common 4/4 time, which means it has a standard four beats per measure, and is written in the key of G Major, which means it relies on the notes G, A, B, C, D, E and F Sharp as the building blocks for both its melody and harmonic progression. And speaking of harmonic progression, the song mainly uses the exact same three-chord progression — A Minor, C Major, G Major — throughout.

But what makes Swift such a good songwriter, argues Olivet, is that she knows how to put just enough spicy dissonance and other surprises into her tunes to keep the listener slightly on edge without being overly complicated. For instance, he notes that Swift ends the second line of the song’s verses on a B, which is a very dissonant interval from the C that’s being played on the saxophone in the song’s accompaniment.

At any rate, music theory jargon alone won’t help you understand exactly how the song works, which is why you should just watch the whole video below.