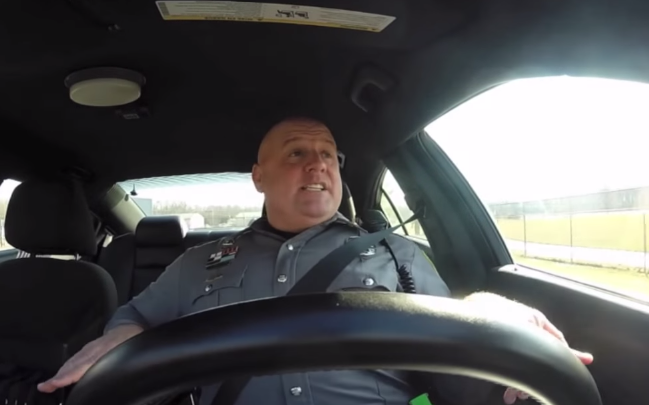 Cameras don’t just show cops allegedly doing bad things — they catch them doing adorable things as well. The Dover Police YouTube account over the weekend posted a staged video taken with one of its patrol car’s dashboard cameras that shows a police officer lip syncing and grooving to Taylor Swift’s mega-hit “Shake It Off.”

RELATED: Taylor Swift explains why she took all of her music off of Spotify

As you might expect, this video went viral in almost no time and has already racked up in excess of 14 million views since being posted on Friday. It goes without saying that this makes it by far the most popular video ever posted by the Dover Police, as its previous videos have at most generated reviews in the low thousands.

Watch the whole video below and try to stop yourself from smiling.