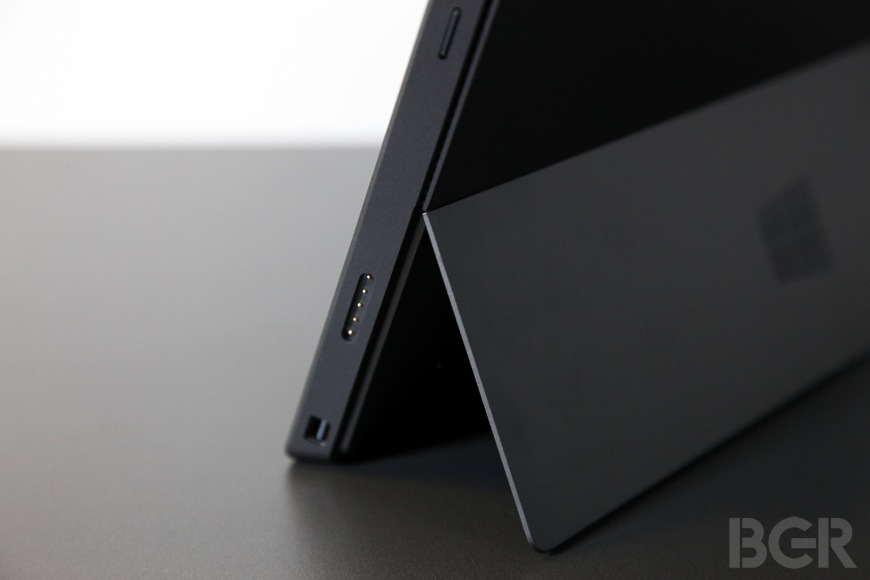 BGR reviewed the Microsoft Surface Pro earlier this week, and we were impressed overall. The design is terrific, the performance is vastly improved compared to the first Surface, and the display is gorgeous. Battery life is one of the device’s weaker points, however. We found that the Surface lasted between 4 and 4.5 hours on a single charge with moderate usage, but some other sites reported battery life in the mid to high three-hour range. Microsoft’s (MSFT) head of the Surface team Panos Panay took to Reddit on Wednesday to field questions about the Surface Pro from members, and he addressed the device’s battery performance during his “Ask Me Anything” session on the site.

“The product was designed to take full advantage of Windows 8 coupled with the Ivy Bridge core processor from Intel. We created a product that did not compromise speed, performance in any way,” Panay wrote. “With that, we wanted to be the best notebook/laptop product in its class, but still deliver you the tablet form factor. This product is optimized in every way to take advantage of the full third generation core i5 it runs, yet give the best battery life.”

He continued, “If you compare it to say a MacBook Air, you will quickly see that pound for pound in battery size vs battery life, you will find optimizations that puts Surface best in its class. That said we picked a smaller battery to be sure we were able to give you the same performance and to keep it thin. This kept the weight under 2lbs, and still kept it thin enough to take advantage of our great Windows work for inking and give you a great inking experience (like pressure sensitive inking, ability to do kanji, great sketching).”

Regarding the large amount of storage that is already occupied on the Surface Pro out of the box (Microsoft says 23GB of storage is available on the 64GB model and 83GB of space is left available on the 128GB version), Microsoft called the move a necessary one and highlighted the tablet’s microSDXC support as a solution for users seeking more storage space.

Panay said that the new Surface Pro is “an exciting product” considering the performance and overall experience it delivers, and he thinks Microsoft did a good job overcoming the challenges it was presented during the design process.

The Surface Pro launches this Saturday starting at $899 for the 64GB model without a Touch Cover or Type Cover keyboard accessory.