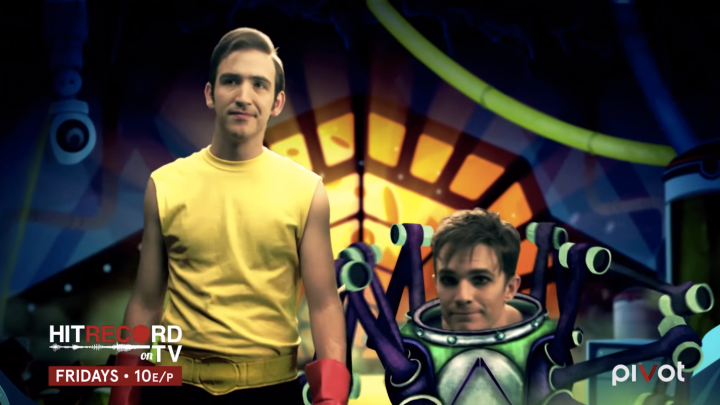 Superhero sidekicks don’t have the same cachet that they used to. In modern day comic book movies, we expect heroes and villains — nothing in between. Robin was relegated to a cameo in The Dark Knight Returns, Bucky Rogers became a villain in Captain America: The Winter Solider and it didn’t take long for Falcon to become an Avenger himself in Age of Ultron.

So what happened to all the sidekicks?

In the second episode of the new season of Joseph Gordon-Levitt’s sketch show, Hit Record on TV, Gordon-Levitt enlisted the help of Anne Hathaway and the BriTANicK crew (consisting of Brian McElhaney and Nick Kocher) to give us an opportunity to see what sidekicks do while the real heroes are fighting.

It’s not quite as explosive as Guardians of the Galaxy or as brooding as Batman v Superman, but Sidekicks is a pretty fantastic sendup of the comic book mania that has overtaken mainstream media in recent years. And it’s really funny.