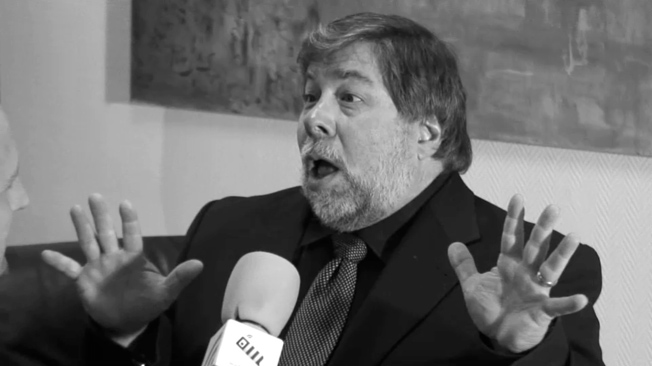 When recently asked for his opinion about Edward Snowden, Apple co-founder Steve Wozniak had nothing but effusive praise for the controversial NSA whistleblower. In an interview with ArabianBusiness.com, Wozniak called Snowden a hero.

“Total hero to me; total hero,” Wozniak said. “Not necessarily [for] what he exposed, but the fact that he internally came from his own heart, his own belief in the United States Constitution, what democracy and freedom was about. And now a federal judge has said that NSA data collection was unconstitutional.”

Recall, a federal appeals court earlier this month ruled that the NSA’s domestic collection of bulk call data was at odds with the constitution.

“So he’s a hero to me, because he gave up his own life to do it,” Wozniak added. “And he was a young person, to give up his life. But he did it for reasons of trying to help the rest of us and not just mess up a company he didn’t like.”

The Woz, long a champion of digital privacy, also had harsh words for companies like Google and Facebook, noting that their business models rest on them knowing as much about their users’ lives as possible. In contrast, Woz added that Apple is “more the protector of privacy than anyone else.”

Woz’s own views on digital privacy are particularly intriguing because Woz’s own work on the Apple I and Apple II helped kickstart the personal computing revolution, helping to establish the framework for the connected world we live in today. Ever the reflective guy, this somewhat paradoxical dynamic is not lost on Woz in the slightest.

“I actually feel a little guilty about that – but not totally,” Woz said during a 2013 interview with CNN’s Piers Morgan.”We created the computers to free the people up, give them instant communication anywhere in the world; any thought you had, you could share freely. That it was going to overcome a lot of the government restrictions.”

“We didn’t realise that in the digital world there were a lot of ways to use the digital technology to control us, to snoop on us, to make things possible that weren’t,” Woz added. “In the old days of mailing letters, you licked it, and when you got an envelope that was still sealed, nobody had seen it; you had private communication. Now they say, because it’s email, it cannot be private; anyone can listen.”