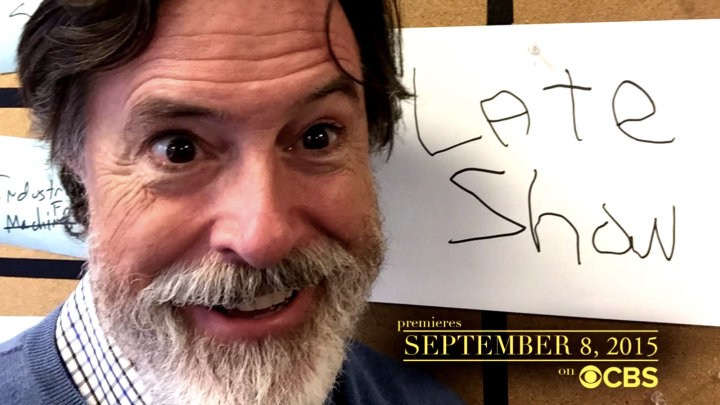 Donald Trump is, to this day, performing incredibly well in the polls, stomping Jeb Bush, Scott Walker and Marco Rubio from sea to shining sea, but Stephen Colbert just hopes he can last at least a few more weeks.

READ MORE: I just watched my smartphone case heal itself from scratches

During the Television Critics Association press tour earlier this week, Colbert told reporters that he chose the September 8th start date for his version of The Late Show because that’s when the presidential campaign traditional began. He also noted that he is “hoping that certain people stay in the race until September 9.”

After tweeting something about “dry-Trumping” while the audience sat and watched, Colbert laid out a strategy to ensure that Trump would still be a contender in early September:

“I just want to say that every little boy grows up believing that they could be president of the United States, and I’m so happy that that little boy is Donald Trump. I just hope he’s taking his vitamins. Please stay healthy until I get on the air. Don’t do anything dangerous, don’t ride any motorcycles, because every night before I go to bed I light a candle and pray that he stays in the race. And I also pray that nobody puts that candle anywhere near his hair.”

When asked if he believed the businessman could win, Colbert said that he honestly could see the American public deciding to vote for Trump. Reporters then asked if the prospect of a President Trump scared Colbert. His response:

The Late Show with Stephen Colbert will premiere on CBS on September 8th at 11:35PM ET.