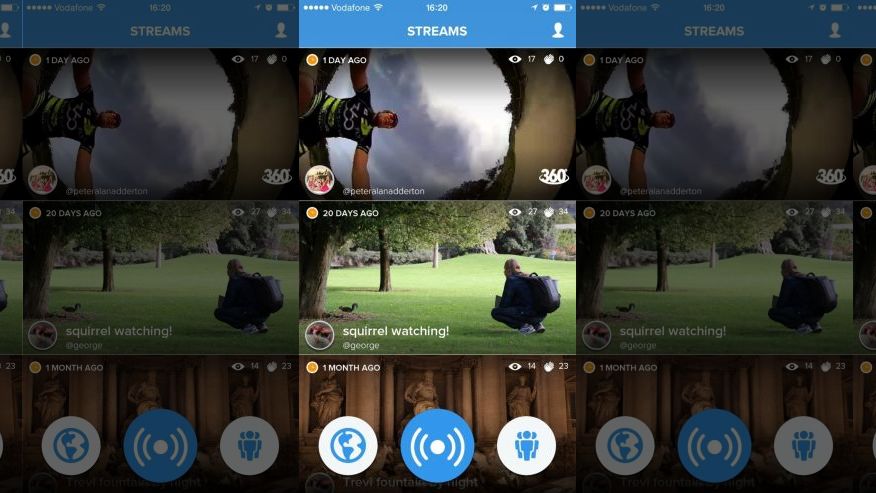 To stream from an event, the free Livit app connects wirelessly to the 360fly panoramic video camera. Users can watch the VR live streams at any time on Android and iOS devices, with or without a VR headset or cardboard glasses.

“We create an experience for people that can’t physically be there to really have an immersive experience as if they were there,” Livit Founder and CEO Adam Blazer told FoxNews.com. “The combination of VR plus live is really the closest form of teleportation that we have come to yet.”

Users can also communicate with each other via comments posted on the livestream. “Built into the platform is audience interaction,” said Blazer.

Related: Cops could get ‘textalyzers’

At AIPAC, Livit set up two 360fly cameras at the south side of the Verizon Center in Washington, D.C. The company racked up 3.2 years worth of livestream viewing, or 28,558 hours, from the evening of March 20 to the morning of March 22.

Blazer also sees great potential for its technology in sports and a host of other areas.

“We have seen it used already for extreme sports such as snowboarding,” he said, also citing use in the aviation sector. “There’s a stream that’s really popular now in the cockpit of an F-18,” he added.

Related: Is this the world’s first digital sofa?

Eventually, Livit’s technology could be used by as a livestreaming “channel” by content partners, according to the CEO. “We built this with the intention of working with the producers, the rights holders, the networks,” he said. “The idea is to build up subscription channels for premium content and as a business-to-business solution for a select clientele – you could strip out the Livit branding and use the branding of the content partner.”

The company is in discussions with four potential partners in the sports and live music sectors, he added.