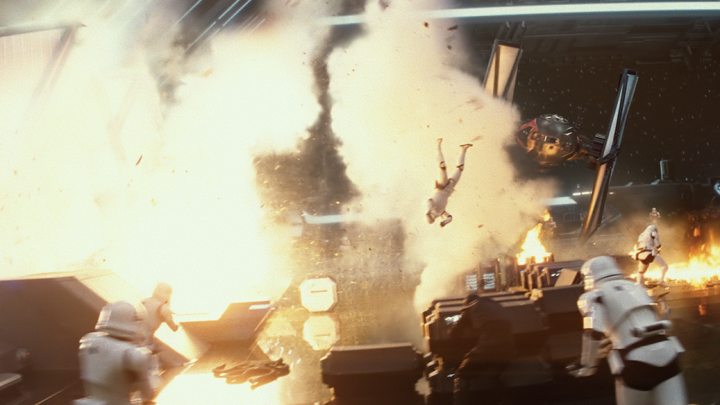 We’re still nearly two months away from the release of Star Wars: The Force Awakens, but fans are already trying to figure out how soon they’re going to be able to watch it again once it leaves theaters.

DON’T MISS: ‘The Walking Dead’ gets its Jon Snow moment

Earlier this month, Netflix’s Chief Content Officer Ted Sarandos told shareholders that bringing The Force Awakens to Netflix was “an ongoing discussion” with Disney. Last Friday, based on a new report from Variety, it appeared the two companies had already reached an agreement.

Approximately eight months after The Force Awakens finishes its theatrical run, the movie will be available to stream on Netflix… but only if you live in Canada. Apparently, the Canadian pay-TV rights for Disney movies was up for grabs beginning in 2015, so Netflix picked them up after Disney’s deal with Corus Entertainment and Bell Canada expired.

On the other hand, the pay TV rights in the United States won’t transfer over from Starz to Netflix until 2016, so the December 18th release date will keep The Force Awakens on premium cable rather than on the world’s most popular streaming service. It’s a shame, but there’s still a chance that Netflix and Disney can work out some kind of deal for American audiences.

I just have one message for you, Netflix: “Do. Or do not. There is no try.”