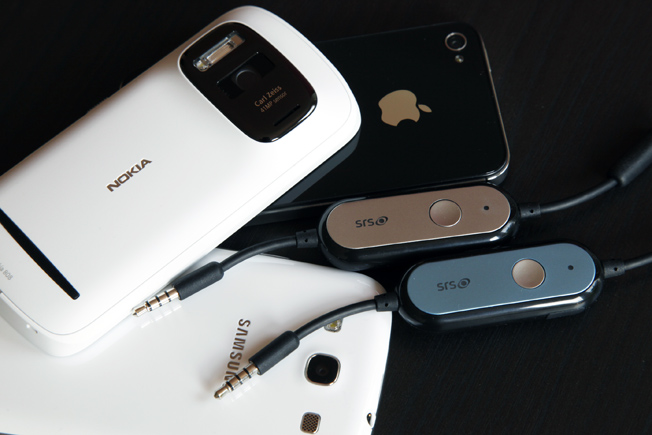 HTC’s $300 million investment in Beats Electronics last summer was one of the more questionable moves the struggling vendor has made in recent history. News of the deal came in August 2011, and HTC was a few weeks away from reporting its fifth consecutive month of record revenue. That run would extend to a sixth month in September before coming to a screeching halt in October as Apple launched the iPhone 4S. Things have been rocky for HTC since then — the company’s profit declined 70% in the first quarter and 58% in the second quarter as Apple and Samsung continued to dominate the smartphone industry.

Was buying into Beats a good move for HTC? The answer is open to debate, but HTC’s smartphones have definitely benefited from the company’s tie-up with Beats. The Taiwan-based smartphone maker has launched several new smartphones this year, and enhanced sound courtesy of Beats Audio is among the core selling points HTC focuses on when pitching the devices.

HTC’s Beats investment might not have brought it the street cred or marketing buzz the company was likely hoping for, but it did bring a huge edge in terms of sound quality on its smartphones. In my opinion, HTC’s first round of One-series smartphones feature sound quality that is unrivaled among its competitors.

Music playback on phones from vendors like Nokia and Apple sounds fantastic, but HTC’s Beats Audio has managed to find a sweet spot that seems to work across all genres. Even when playing with the variety of Apple’s EQ presets tied to its mobile Music app, the iPhone — perhaps the prior leader in audio quality among top smartphones — is no match for Beats Audio tuning.

So regardless of what HTC may or may not have gained with its $300 million Beats investment, this much is clear: out of the box, no other smartphone sounds as good as a Beats-equipped HTC phone. Out of the box.

SRS Labs is a company we have covered before here on BGR. Last year, the firm launched a $60 iPhone accessory that greatly improved the audio quality on Apple’s iOS devices — but it only worked with Apple devices. SRS is back, and this time the company has released a new universal accessory that brings the same great sound tuning features to any smartphone, tablet or media player. (And it’s a good thing, considering Apple will likely soon ditch the dock connector SRS’s iWOW 3D relies on.)

Dubbed iWOW-U, this new SRS accessory is a small adapter that can be plugged into any standard 1/8-inch audio jack. The simple device features a single button to power it on and off, and unlike the iWOW 3D its operation requires no special software, so it can be used with a wide range of devices.

While some devices work better than others with the iWOW-U, I experienced universally dramatic sound improvements with every smartphone I tested. Logic tells us different types of music require different equalization and while this is certainly true, SRS Labs’s new accessory is tuned to accommodate a surprisingly wide range of genres. It’s almost shocking, actually. The bass tuning is remarkably deep but clean, mids are clear and not muddled, and highs are crisp but not overpowering.

It did wonders for my MacBook Air and my car stereo as well. SRS’s default equalization is likely too much for most stock car stereos, but a simple double-tap on the iWOW-U’s lone button activates “Car-Stereo Mode,” which eases off the low end and emphasizes mids and highs a bit more.

In testing the iWOW-U across various genres, I also found car stereo mode to be useful with headphones that are tuned a bit heavy on the low end and tracks with particularly deep bass. If you have a pair of Beats headphones and listen to a lot of dubstep or drum and bass, for example, car stereo mode will be your best friend if you value your hearing at all (I still haven’t recovered from UltraBlack).

Compared directly to Beats Audio on HTC’s smartphones, I found that it was merely a battle of headsets and handsets. Both solutions result in a marked improvement over stock smartphone audio quality and I can’t say I prefer one over the other across the board.

I tested Beats Audio on two newer HTC phones, and I tested the SRS Labs iWOW-U with three smartphones from three different vendors. With each of those five devices, I listened to five different songs spanning five genres at comparable volumes. I also switched between three different headsets on each phone, each tuned to favor a different range of the sound spectrum.

In the end, I found that Beats-equipped HTC phones bested the iWOW-U paired with rival smartphones when using headphones with richer mids and highs. Beats Audio, like Beats headphones, tend to favor bass and well-tuned headphones compensate for that. More bass-heavy headphones — like Beats, ironically — sound better with the iWOW-U because the device balances the deep lows with crisper mids and highs.

While there may or may not be significant added benefits to HTC’s Beats investment, we’ve now established that Beats brings the best out-of-the-box sound on the market to HTC’s smartphones. At the same time, however, a $70 accessory from SRS Labs affords sound quality that is comparable to — or even better than, depending on your headphones and handset — Beats-equipped HTC phones.