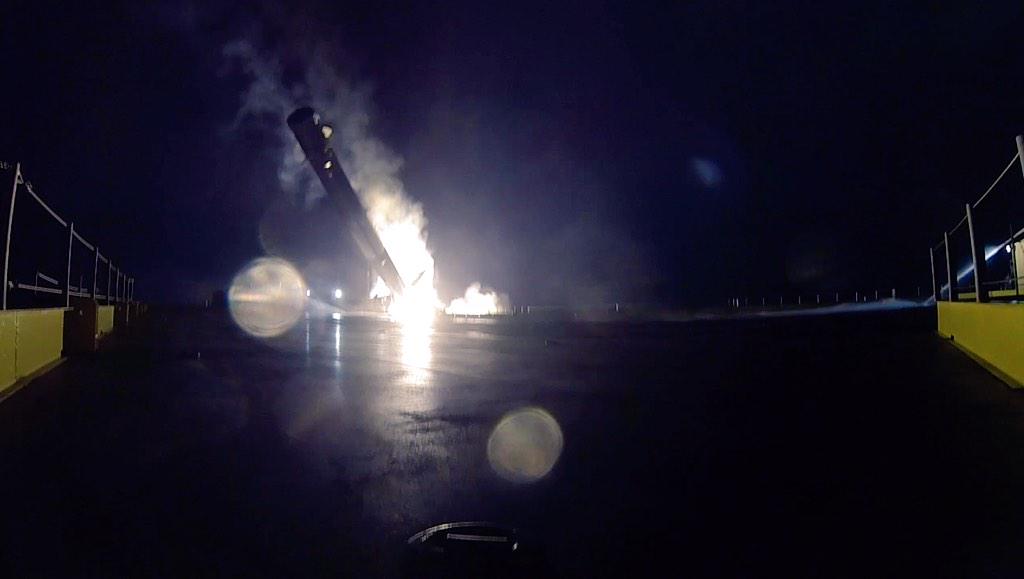 Is it just me, or have we had a whole lot of space-related disasters recently? Last Saturday, SpaceX contributed to the growing list when its Falcon 9 rocket ran out of hydraulic fluid shortly before landing on a barge in the middle of the ocean. The rocket proceeded to smash into the barge at a 45-degree angle, at which point the residual fuel and oxygen combined, causing an enormous explosion.

LAST TIME: Elon Musk’s SpaceX is preparing for its craziest rocket test yet

SpaceX CEO Elon Musk live-tweeted the event, but said that his team wasn’t able to capture a good video of the impact. Thankfully, he was wrong:

After tweeting a few photos from his personal account, the official SpaceX Twitter published this short clip on Vine. Despite looking like a catastrophe, the ship itself is fine. It’ll just need some of its equipment replaced before another launch can be attempted.

All things considered, SpaceX considers this to be a success. In the original blog post from December 16th, the team noted that the odds of success weren’t great, “perhaps 50% at best.” The fact that the ship made it to its target is a good sign for future launches (with more hydraulic fluid).

“Next rocket landing on drone ship in 2 to 3 weeks with way more hydraulic fluid,” Musk tweeted on Friday, shortly after the Vine was published. “At least it [should] explode for a [different] reason.”