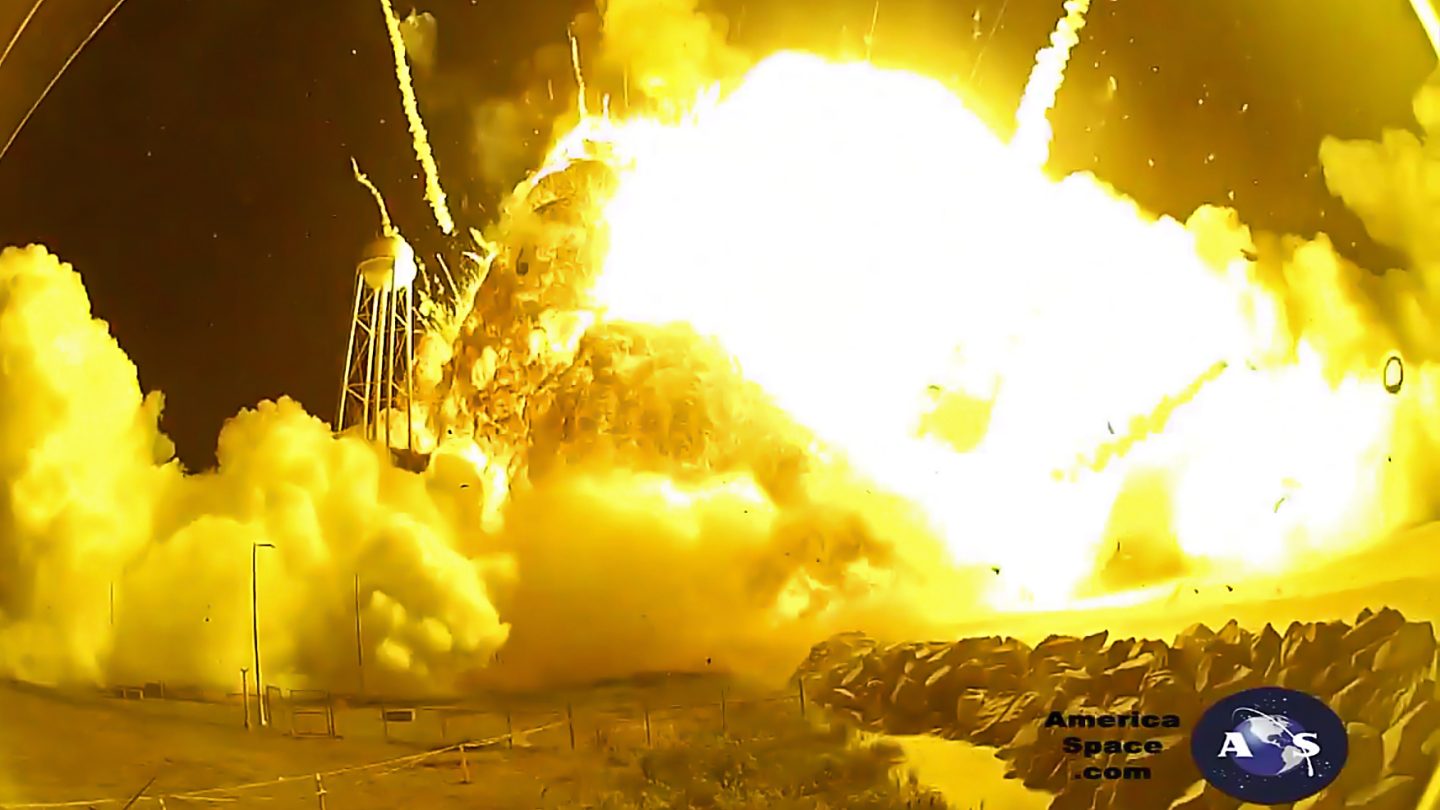 Late last month, NASA’s unmanned Antares rocket, filled with 5,000 pounds of cargo intended for the International Space Station, exploded seconds after liftoff. At the time, news sources only had access to amateur footage, but now that the proverbial smoke has cleared, professional photojournalists have finally had a chance to collect their equipment from the launch site.

PREVIOUSLY: This is what it’s like to be ejected from a spaceship 50,000 feet in the air

“Normally, launch photojournalists retrieve their gear within 1-3 hours after liftoff, once the launch complex is deemed safe; however, in the case of Orb-3, doing so was obviously not an option,” writes Mike Killian of AmericaSpace.

Shortly after the complex was sealed off, NASA’s Incident Response Team went in to collect any data which could assist in the follow-up investigation. After weeks of waiting, the press photography team at AmericaSpace has finally received some of the footage it captured from the launchpad that day.

“The initial liftoff looked flawless. Then, suddenly, the exhaust turned bright yellow and became far brighter than usual. That’s when we knew things were about to get bad,” said photojournalist Elliot Severn of Zero-G News.

It’s a tragedy that the mission failed, but we can at least be thankful that the incident was thoroughly documented, hopefully helping to prevent anything like this happening again in the future.