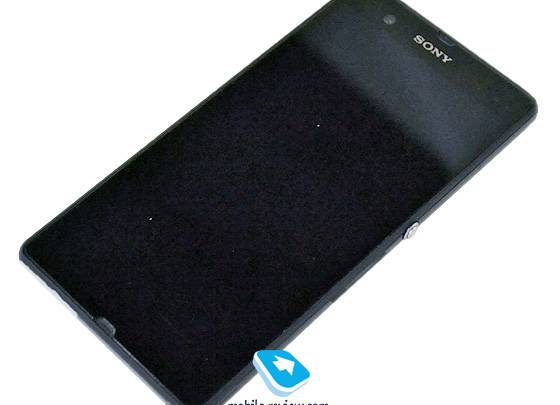 It’s no secret Sony (SNE) is preparing to announce a 5-inch Android-powered smartphone to compete with Samsung’s (005930) successful Galaxy Note lineup. As is the case with all of the latest smartphones, Sony’s 5-inch phablet code-named “Yuga” has been extensively handled and benchmarked before the company even acknowledges its existence. According to Russian site Mobile-Review, specs for the Yuga include a display with a 1920 x 1080 pixel-resolution and a pixel density of 440 pixels per inch, a quad-core processor, a 12-megapixel camera, 2GB of RAM, 4G LTE and a plethora of ports including a microSD card slot, Micro HDMI, Micro USB. On the software end, the prototype phone was tested running Android 4.1.2 Jelly Bean.

In terms of design and size Mobile-Review says the device is on par with the Galaxy Note II, meaning it’s not as pocketable as the DROID DNA, but its plastic construction does give it the illusion that it’s made of two panes of glass on the front and back.

As for performance, Mobile-Review says Sony has gone a long way in fixing many of the slow-downs in previous Xperia smartphones and the Yuga keeps up with the latest flagship smartphones when it comes to having tons of apps open and running games.

While battery life wasn’t discussed at length, the website does say the Yuga “can run for most of the daylight hours,” which sounds to us like a full work-day — basically normal performance for an LTE smartphone with 5-inch 1080p display.

Obviously, the Yuga is a pre-production prototype and should not be viewed as the final product, but if Mobile-Review’s early review is anything to go by, Sony’s return to greatness might just be around the corner.