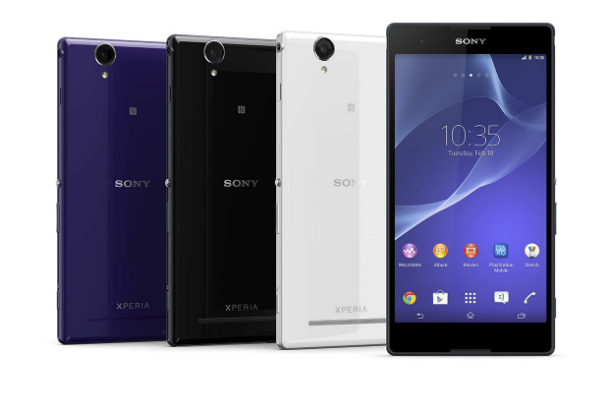 After unveiling two flagship devices at CES 2014, Sony on Tuesday has quietly announced a new phablet, the Xperia T2 Ultra, which will be launched at some point in the future in various emerging markets including China, the Middle East, Africa and Asia Pacific. The phone packs a 6-inch Triluminos display with 1080 x 720 resolution, 1.4GHz Quad-core Qualcomm Snapdragon 400 processor, 1GB of RAM, 8GB of storage (4.8GB available to the user,) microSD support for cards up to 32GB, 50GB of cloud storage via Box, 13-megapixel camera with HD video recording and various camera features, LTE support, NFC, 3,000 mAh battery and runs Android 4.3 Jelly Bean.

The phone weighs 172g, measures 165.2 x 83.8 x 7.65mm and will be available in black, white and purple. Pricing details and actual release dates have not been made official for this Sony phablet, although the Sony Developer World blog says the phone will arrive in the first quarter of the year “in many major markets” even though it has been created with customers in emerging markets in mind. Furthermore, considering its specs, the handset is expected to be relatively affordable when it launches, though firm pricing details haven’t yet been announced. A dual-SIM version of the handset – sold as Xperia T2 Ultra Dual – will also be available.