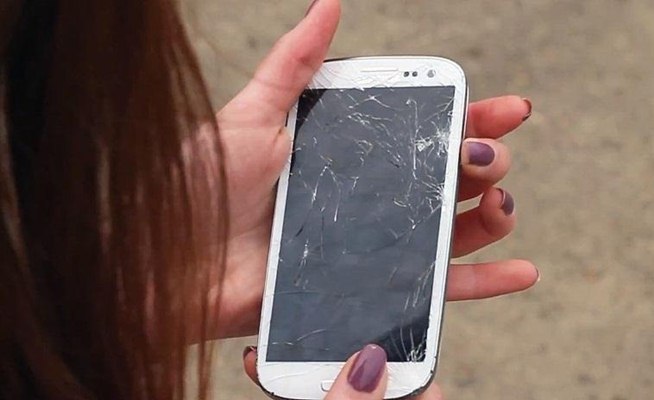 One of the most annoying things that can happen to your smarphones is screen damage. Whether it’s smartphones, tablets, smartwatches, or other devices, replacing broken screens is always an expensive hassle. But researchers have created a magical “glue” that would turn various materials into self-healing surfaces that could automatically fix scratches and cracks. The technology could very well be used in future iPhone and Android devices, but also in other products like nail varnish or car paint.

Developed initially for airplane wings, the self-repairing material wants to mimic the self-healing abilities of the human body. You get a cut, and your body will seal it and heal it. The new material could be added to the external components of a product, requiring only small manufacturing changes for those external layers to activate their healing powers.

Developed by researchers from the University of Bristol in England, the product is made from a mixture of carbon-based chemicals, Science Alert reports. The healing agent produces millions of microscopic spheres that break apart when there’s a crack, releasing a substance that moves in the gap and then hardens, gluing the edges and forming a near-invisible filler material. The team also reports achieving 100% recovery of mechanical strength in some instances.

“We took inspiration from the human body,” lead chemist Duncan Wass told The Independent in June. “We’ve not evolved to withstand any damage – if we were like that we’d have a skin as thick as a rhinoceros – but if we do get damaged, we bleed, and it scabs and heals. We just put that same sort of function into a synthetic material: let’s have something that can heal itself.”

While this self-healing technology could revolutionize the smartphone and tablet display business, L’Oreal is also interested in it, as it apparently wants to create some sort of self-healing nail varnish.

Other products that could use this particular type of protective coating include car paint, windshields, wind turbines, bicycles, and others.