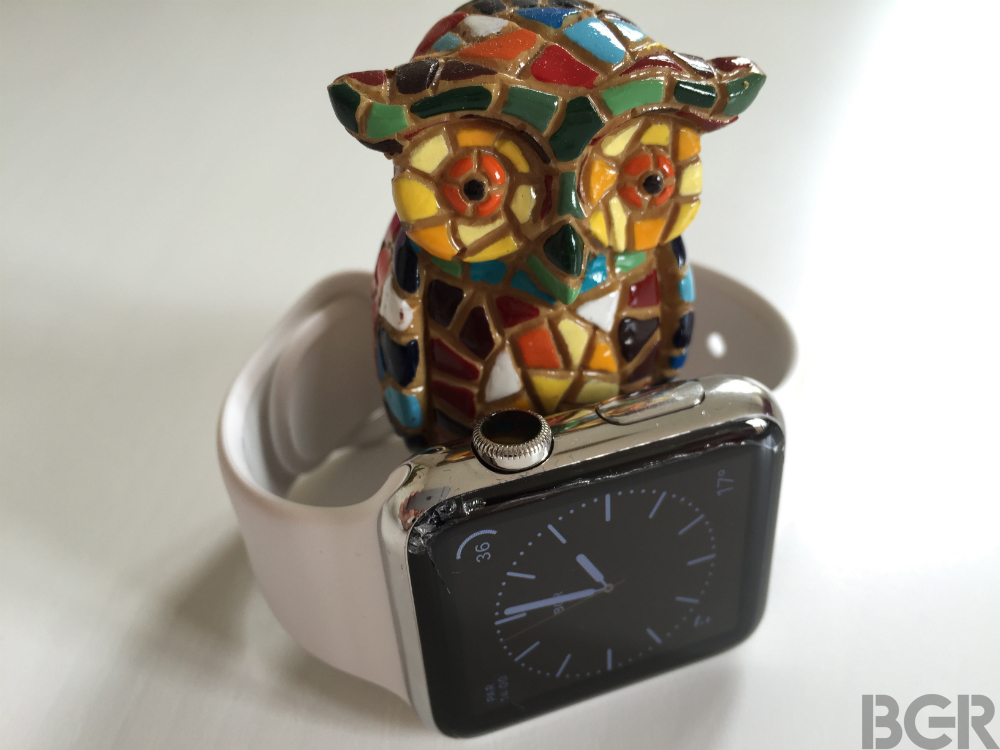 “No,” I told my friend who joined me for a run the other day, “nothing will happen to it because it’s protected by sapphire glass.” But little did I know… the stainless steel Apple Watch (and gold model, for that matter) isn’t going to survive all accidental drops, and chances are one of them might be fatal.

But let me tell you the whole story of how the durable sapphire Apple Watch screen broke.

One of the things I’ve consistently used the Apple Watch for since buying it a month ago is tracking my health and fitness. I track my runs and other workouts, and I keep tabs on my heart rate during training sessions. 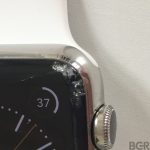 When running, I also use hand weights that go around my wrists. The weights are more or less stuck in position, but they can sometimes activate Siri on the Watch since the Digital Crown presses against them, and it can interrupt music playback in the process.

I fixed this annoyance by moving the Watch to my right hand during runs, so that the Digital Crown’s side of the Watch faces my elbow rather than my wrist.

However, on one sunny morning I forgot my hand weights. Due to habit though, I moved the smartwatch to my right wrist anyway. While walking towards our chosen path for this particular run, I explained why I wear the Watch on my right hand when running with weights. At the same time I decided to switch the Watch back to its regular position, since I realized I had forgotten my weights.

That’s when the white sport band slipped from my fingers as I was attaching the Watch, and gravity did its job. The device immediately plunged towards the concrete, and after a three-foot drop it landed on its display.

My friend was actually more worried than I was that something might have happened, but I reassured him that everything would be fine, as this Watch model has a sapphire display that’s shockingly difficult to crack. Then I picked it up from the ground to show him that the sapphire screen has survived the drop unharmed.

Boy, was I in for a surprise.

The Apple Watch is actually the first device with a screen that I accidentally cracked. I’ve always been careful with smart devices that can break easily – or at least, almost always. Oddly enough, the Watch is also the first gadget I’ve ever owned that came with sapphire glass.

How did it all happen? I’m no screen expert, but the fact the Watch landed right on a corner (the Digital Crown corner) rather than face down likely had something to do with it. The impact was forceful enough to break the curved screen at that point. To make matters worse, hairline cracks immediately appeared on the top and right edge of the Watch, as it can be seen in the pictures above.

Additionally, the stainless steel on top of the contacts button was also scratched during the drop, and that’s probably the kind of scratch I won’t be able to fix myself.

On the plus side, nothing else broke and the device is still as functional as it was before. The scratches are difficult to see, but I obviously know they’re there. And the cracked corner is definitely noticeable.

One thing I’m worried about with the Watch now is exposing it to water, as the crack in the top right corner will almost certainly let water in.

The moral of my story seems to be that the Apple Watch is much more prone to accidental damage than I would have expected. Naturally, there are many factors at play here, such as the surface you drop it on, the side of the Watch that hits the pavement first, the height of the drop and the speed of the fall.

But this was a textbook accident that could happen to anybody. In fact, I’ve dropped the Watch twice before, on a hardwood floor and tile, and nothing happened to it. So yes, the sapphire display works, but that doesn’t change the fact that one can, and will drop the Apple Watch.

So, you might want to consider AppleCare protection from the moment you purchase yours, as you never know when this sort of thing might happen. Even if the device’s sapphire screen can take a hit or two, it can obviously break, and the curved edges of the display seem to be very sensitive.

As for me? I’ll just have to find an Apple Store and see someone about having my broken Apple Watch replaced – that’s something I wouldn’t have expected to say after only a month of using it.