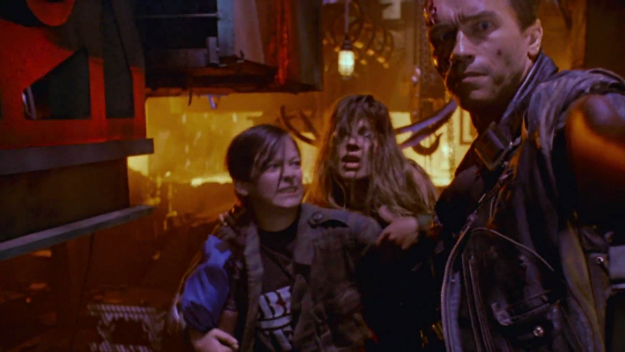 A tragic accident took place at a Volkswagen plant in Germany, where a robot killed a man while he was working. That’s something you rarely hear on the news, and something you might not pay particular attention to considering that reports on fatal accidents are a common thing in the media.

But what happens when “Sarah O’Conner” tweets about a robot killing a Man?

The Financial Times reporter shared the story on Twitter, at which point her tweet became viral. The reason is quite obvious for Terminator fans – everyone else will soon see the connection.

Sarah Connor is the name of Jack Connor’s mother, who sends Terminators back in time to save mankind. Essentially, the Connors are trying to prevent a man vs. machine war that might lead to the extinction of the human race.

“A robot has killed a worker in a VW plant in Germany,” Sarah O’Connor tweeted. The message was then retweeted over 6,300 times and favorited more than 3,400 times in the first day since the post went up.

“Ok, I should have thought about my name and its associations before tweeting this,” she later added.

“Sigh. I’ve never even watched the films. Now my feed is full of people tweeting me about Skynet,” she continued.

“Feeling really uncomfortable about this inadvertent Twitter thing I seem to have kicked off. Somebody died. Let’s not forget,” she rightfully concluded.

Back to the actual story, a VW contractor was installing the new robot together with a colleague when the machine struck him in the chest and pressed him against a metal plate. The injuries proved to be fatal.

Prosecutors are investigating what caused the accident, but what’s clear so far is that the 21-year-old contractor went into the safety cage of the robot during setup. The second person, who was outside the cage, was not harmed.

The Times further adds that VW said a technical defect was not responsible for the accident.