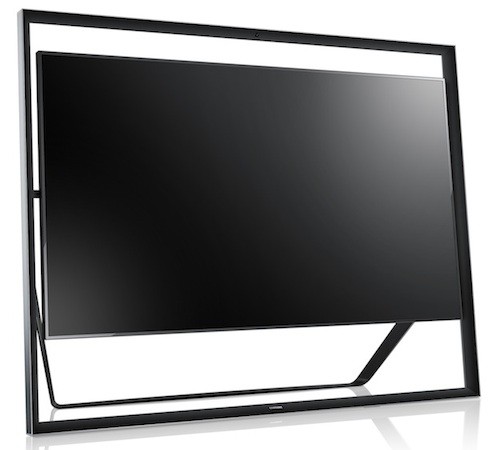 Samsung (005930) has been teasing us with visions of a revolutionary new television set recently, and the company did its best to deliver at the Consumer Electronics Show Monday by showing off an 85-inch television set that bears a striking resemblance to a chalkboard. The Samsung S9 UHD TV comes with a “proprietary up-scaling engine” that “can up-convert HD or Full-HD to UHD-level picture quality by restoring detail information to create greater precision and real-life picture quality.” Samsung also showed off a Siri-like Voice Interaction feature on the TV set that’s able to execute commands and answer questions about programming that Samsung says makes the television “almost human.” Samsung has not yet provided pricing data or a shipping date, although the company says that it also plans to release a 110-inch version of the television set later this year. The company’s full press release is posted below.

UHD TV – The Highest Resolution on the Largest Screen

In addition to picture quality, the S9 combines a powerful sound system with a fast quad-core processor to ensure a premium experience and true multitasking capabilities between content and apps. The S9 comes with 3-way 2.2 channels of 120 watt sound for an audio experience six times better than a typical TV. This system provides a dynamic range of sounds in a commanding and outstanding experience to complement the UHD picture

The Timeless Gallery design of the S9 raises the standards of luxury television design. The TV appears to be floating within its frame and showcases the juxtaposition of a minimalist concept with such a large display.