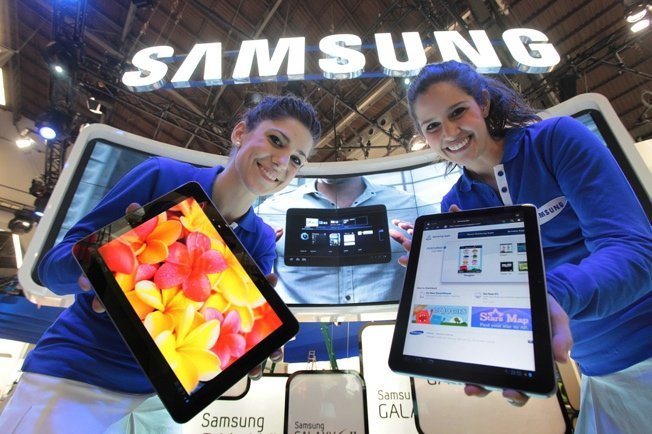 Apple’s (AAPL) growth may have stalled for now, but the good times are still rolling for Samsung (005930). The Korean electronics manufacturer reported on Friday that it earned a $6.6 billion profit last quarter, thus breaking the previous record $6 billion profit it posted in the previous quarter. The Wall Street Journal also reports that the company’s revenues increased 18% year over year and that its telecom business “accounted for 62% of its operating profit.” All was not perfect for Samsung, however, as the Journal also notes that the company’s handset profit margins “fell to 17.4% in the fourth quarter, down from the 18.8% marked in the previous quarter” and that “cellphone year-on-year revenue growth was 58%, down from 82% in the third quarter.”