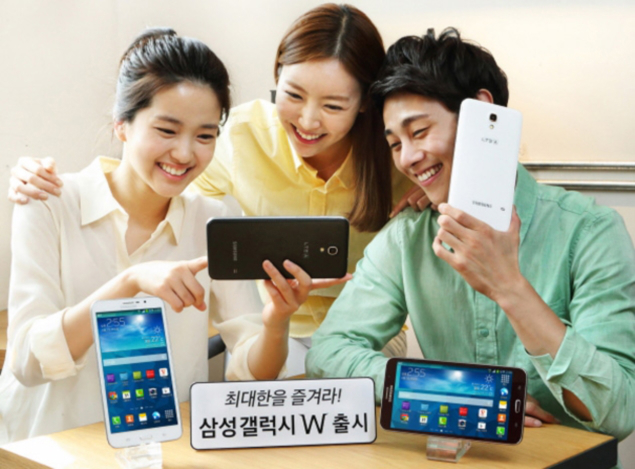 Forget the Notes and the Megas, which are already extremely large Android handsets, because Samsung on Monday introduced a 7-inch smartphone, its biggest Android phone yet. Dubbed the Samsung Galaxy W, the phone isn’t a flagship device by any means. Instead, it’s a 7-inch tab-phab-phoneblet that has the ability to make cellular calls. It will be available in South Korea later this month.

Sadly, as Google is rumored to release a new Android OS version soon, Samsung’s gigantic handset will only run Android 4.3 Jelly Bean, and it’s not clear when it’s getting a KitKat build. On top of Android, Samsung will have various software features in place for users, including the split-screen and multi-window that are usually found on Galaxy Note devices – but without the stylus support.