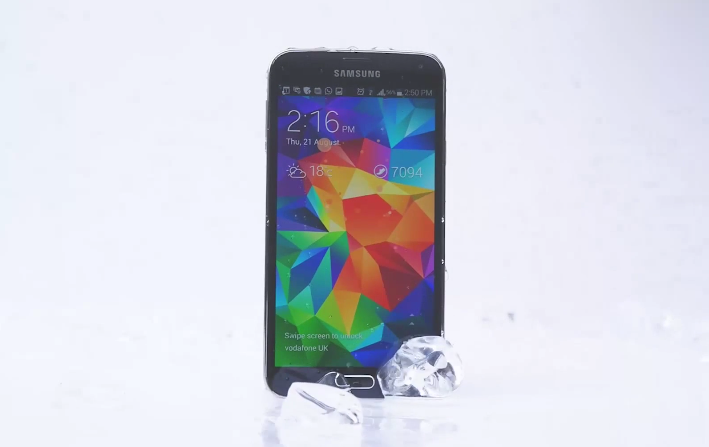 Samsung’s eagle-eyed marketing team is always looking for clever new ways to troll Apple and make fun of the iPhone, and now it’s decided that the Ice Bucket Challenge — the viral Internet campaign to raise awareness and funds to find a cure for ALS — is the perfect opportunity to make the iPhone and other rival devices look bad.

FROM EARLIER: Samsung comes up with a brilliant new way to troll iPhone fans

As you can see in the video below, Samsung put its flagship Galaxy S5 smartphone through the Ice Bucket Challenge by having a bunch of cold ice dumped on itself and challenged the iPhone 5s, the HTC One (M8) and the Nokia Lumia 930 to do the same thing. Of course, none of those handsets boast a water-resistant casing like the Galaxy S5 and thus would likely break if forced to undergo the Ice Bucket Challenge.

You might think that this is just a sleazy way for Samsung to promote its flagship smartphone but Samsung also says that it’s donating money to the Motor Neurone Disease Association and it’s encouraging all its fans to do the same. In other words, while this is indeed a shameless publicity stunt, some actual good might come from it too.

However, it looks like the joke here is on Samsung because iMore has just put the iPhone 5s through the Ice Bucket Challenge and the device has emerged from it just fine.

Be sure to check out both videos below.