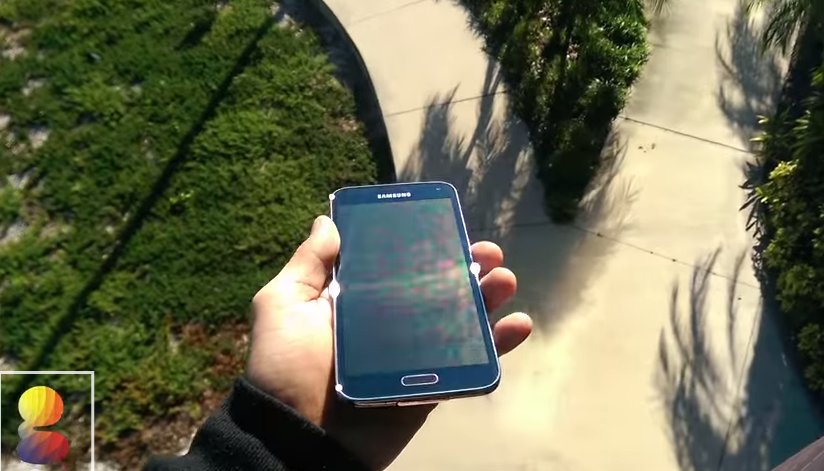 Can anything actually kill the Galaxy S5? So far we’ve seen Samsung’s newest flagship device get run over by an SUV, dropped into a pool for an hour and even put through a full washing machine cycle and still come out working perfectly. Now YouTube user GadgetGuruHD has decided to go even farther in the mad quest to find out what can kill the Galaxy S5 by dropping it from the second story of a two-story building.

So what happened when the Galaxy S5 hit the pavement face-first in this particular drop test? Well, the phone’s display did crack in multiple places but amazingly the device still turned on and functioned perfectly well — GadgetGuruHD found that the display was still just as responsive as it was before and that the device’s fingerprint scanner still worked.

What does all this mean? For starters, it means that there’s nothing “cheap” about the Galaxy S5, even if Samsung did make the device’s casing with plastic instead of the metal design favored by the iPhone 5s and the HTC One (M8). Any smartphone that’s capable of functioning after all these extreme levels of punishment is a very impressive engineering feat and is a definite credit to Samsung’s hardware team.

The full video of the Galaxy S5 being dropped from two stories follows below.