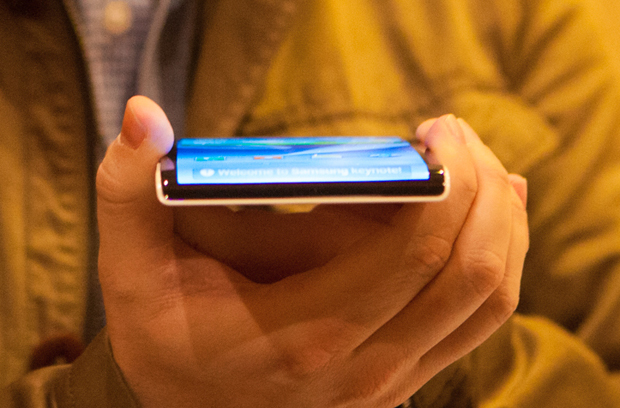 Flexible displays could potentially open the door for a variety of exciting (and not so exciting) new form factors for smartphones and other devices. The emerging wearable computing category is perhaps where the most intriguing possibilities lie, but smartphones will apparently be the first device category to see a mass-market device launch featuring a new flexible display. According to South Korean news organization Asia Economic, Samsung will launch a new handset with a curved display dubbed “Galaxy Round” later this month. The Round could be unveiled as soon as sometime this week according to the report, and it could carry an unsubsidized price of as much as 1 million won, or approximately $933, when it debuts in South Korea. Additional details are scarce but if the report is accurate, we won’t have very long to wait before Samsung makes the Galaxy Round official.