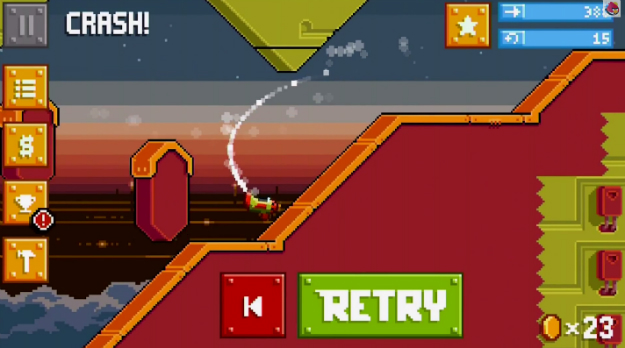 Rovio has soft-launched Retry in Finland, Poland and Canada, Arctic Startup reports. The new game is inspired by the legendary Flappy Bird, although it’s not exactly a copy of the hit mobile game. However, Retry is still an 8-bit side-scrolling game that will invariably remind users of its more popular predecessor, even though it brings some new features to the table.

“From the guys sitting in the room next to the guys who made Angry Birds, comes Retry – a game so hard, so addictive, so old school that you’ll think you’ve stepped into an 8-bit time machine and gone back to 1986. Totally rad!” the game’s description reads.

Available as a free download from the App Stores in those regions, Retry will have gamers fly a plane through various obstacles, instead of a bird, and users will apparently be able to adjust its speed. The plane does plenty of loops, which the users will have to learn to master to move through the obstacles and avoid hitting all those walls.

What’s more interesting is that Retry will actually offer players some sense of level progression, allowing them to land their planes on the ground at certain bases, and unlock checkpoints, assuming enough coins have been collected along the way.

It’s not known when Rovio will launch the game globally, or when it will be available on Android.

The following video shows how Retry is played.