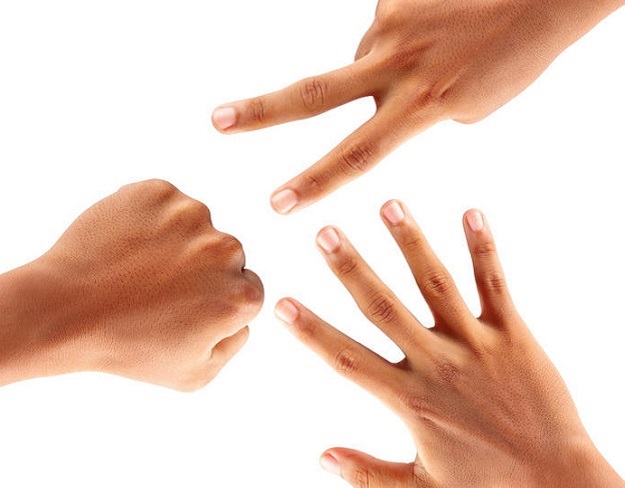 In theory, there shouldn’t be any real way to improve one’s chances when playing Rock, Paper, Scissors. After all, it’s a game of chance, right?

Well, that’s only partially true. Sure, there’s nothing you can do to improve your odds if you’re playing Rock, Paper, Scissors against a computer, but if you’re playing against another human, you can increase your chances for victory by taking advantage of psychological patterns opposing players often demonstrate during a typical game.

As The New York Times once noted, “a truly random game of rock-paper-scissors would result in a statistical tie with each player winning, tying and losing one-third of the time. However, people are not truly random and thus can be studied and analyzed.”

A few months ago, researchers from a three separate Chinese universities decided to do just that and gather information on hundreds of students during rousing, and what we can only imagine were endless, games of Rock, Paper, Scissors. In assembling and analyzing all of their data, the researchers discovered that one’s best bet is to play the hand that would have beaten your opponent’s previous hand.

Let’s say you’re playing best three out of five and you lose the first game. According to the science, you should then play whatever would have beaten your opponent’s previous hand. In other words, if you dropped scissors and your opponents beat you with rock, then play paper in round two. That’s because people who find success tend to try what worked.

If this sounds like nonsense to you, or even if you’re just a tad bit skeptical, by all means head on over to the New York Times and play against their computer in ‘Veteran’ mode where “the computer pits over 200,000 rounds of previous experience against you.” Once you see how surprisingly dominant the NYT bot is, you’ll be hard pressed to dispute the fact that humans playing the games are prone to making predictable moves.