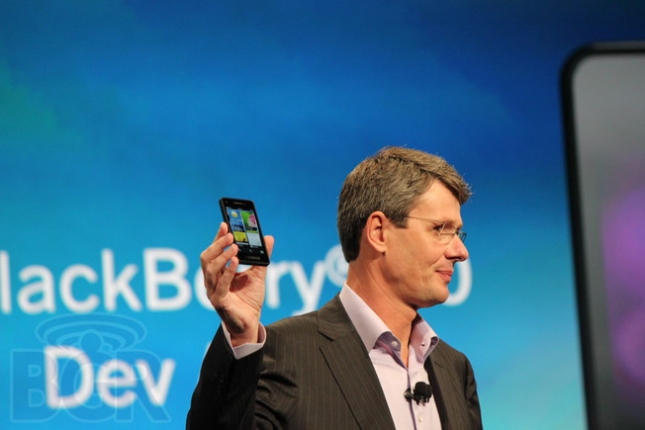 Trying to decide whether RIM (RIMM) or Nokia (NOK) gets the title of “most troubled mobile device manufacturer” is a daunting exercise in a lot of ways, much like trying to decide whether someone is better off losing their kidneys or their liver. Looking at both companies’ latest financials and their overall business strategies, though, and you can make a pretty persuasive case that Nokia is in even tougher shape than its Canadian counterpart.

Let’s start with RIM: In its last quarter the company lost $235 million and its shares surged because it didn’t lose nearly as much money as analysts expected. And that really tells you all you need to know about RIM’s financial situation right now: It’s really bad. At the same time, though, this is a marked improvement over the $518 million loss the company posted in the previous quarter, which marked the first time the company had posted a net loss since 2004.

Nokia, on the other hand, has been losing even larger sums of money for a much longer amount of time. Finland’s former dynamo has lost money for six consecutive quarters and has regularly seen its quarterly losses top the $1 billion mark, including a $1.27 billion net loss last quarter. Granted, Nokia’s market cap is more than twice as large as RIM’s, but losing more than $1 billion in a quarter is never a good thing, especially if you’ve done it multiple times over the past year.

Looking past the financials, I think that Nokia is in worse shape than RIM in terms of long-term business strategy as well. RIM, for better or worse, is at least in control of its own destiny to some extent. Yes, it’s still losing important customers, its BlackBerry 10 operating system has been delayed and it hasn’t released a new smartphone in what seems like ages. But here’s the key: RIM is in exclusive control of its own operating system and it has a loyal customer base who will stick with it to the very last. This is important because people who still want the RIM experience have nowhere else to go: It’s BlackBerry 10 or bust for them and they will shell out cash to get it.

Nokia, on the other hand, isn’t so fortunate because it’s going exclusively with Windows Phone 8 and lots of companies out there are preparing to blitz the market with Windows devices in the coming months. The tragedy of this is that Nokia still has top-notch engineering talent that’s capable of crafting gorgeous-looking devices. But this doesn’t matter right now because the company’s partnership with Microsoft has so far proven to be utterly disastrous.

Nokia, for reasons that still confound me, decided to go exclusively with Windows Phone in exchange for… well, I’m not really sure what they’re getting in return. Nokia CEO Stephen Elop said recently that Microsoft “could” give his company exclusive access to certain parts or aspects of Windows Phone in the future, although he said that the company hadn’t done so yet. He also cited unspecified contractual rights that Nokia received by being the first company to exclusively use Windows Phone, but wouldn’t go into any details about what those rights entailed.

What we know so far, though, is that these exclusive goodies haven’t translated into sales and they haven’t stopped Microsoft from forging ahead with plans to possibly undercut its OEMs once again by building its own smartphone. Elop this week said that his company expected everything to turn around soon because wireless carriers were tired of relying on iOS and Android as the dominant players in the wireless industry and would come flocking to Windows Phone 8 as an alternative. Even if this is true, who’s to say that carriers will flock to Nokia instead of, say, Samsung (005930) or HTC (2498), both of whom have put out Windows Phone 8 devices of their own recently?

With both RIM and Nokia in such dire straits, it wouldn’t be wise to bet on either of them pulling off a major comeback anytime soon. But if someone placed a gun to my head and asked me which company was most likely to survive over the next couple of years, I would have to pick RIM.