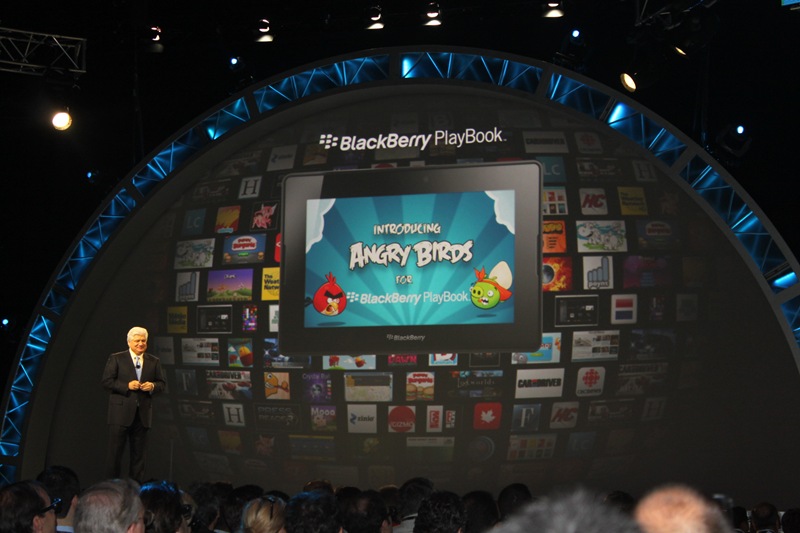 The moment I first realized that RIM (RIMM) was truly in enormous trouble was back in 2010 when I heard then co-CEO Jim Balsillie downplay the importance of apps. Yes, you read that correctly. Balsillie actually told attendees at a Web 2.0 summit in 2010 that the Internet itself was the most important “app” for mobile devices and contended that the “Web needs a platform that allows you to use your existing Web content, not apps.” My feelings on this matter were only solidified when I attended the BlackBerry World conference in May 2011 and watched RIM executives proudly announce that the Playbook tablet would soon get its own version of Angry Birds sometime in the near future. In reality, Angry Birds didn’t release for BlackBerry until late December of that year, or two full years after it was originally released for iOS.

All of which brings me back to RIM’s current state: Despite the great looking hardware and user interface pictures we’ve seen from new BlackBerry 10 smartphones so far, the company still has an app problem. I was reminded of this when I read a post over at CrackBerry titled, “There’s still a chance for WhatsApp on BlackBerry 10.” The issue here isn’t whether RIM eventually does or doesn’t get WhatsApp on its platform — the issue is that RIM always seems to be one step behind when it comes to getting the hottest apps of the day on its devices.

The most absurd example of this, of course, is Instagram. Yes, it’s very likely that BlackBerry 10 will support the popular photo-sharing app right out of the gate given the company’s partnership with Instagram owner Facebook (FB). But we still have no official confirmation that Instagram will be a BlackBerry 10 app just over a month before the new platform launches, and this is symbolic of the fact that RIM is always stuck at the back of line when it comes to app developers’ priorities.

Simply put, RIM can’t possibly hope to compete with Android, iOS or even Windows Phone 8 if its users will always wonder if they’ll be able to do all the cool things with their phones that their friends can do. In the unpredictable Wild West of today’s app market, where new apps seemingly go viral overnight to become global powerhouses, platform developers need to make sure they have quick and simple ways for app developers to port over their software. And until RIM figures out a way to get this done, it still has no shot in the long term.[bgr-post-bug]