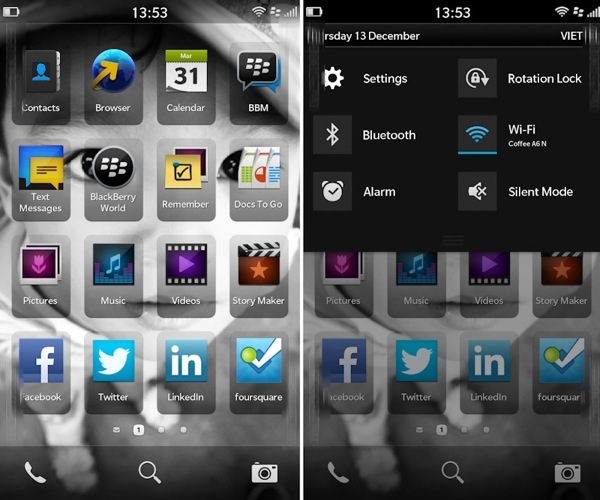 RIM (RIMM) is less than two months away from releasing BlackBerry 10 and the images we’ve seen of the operating system so far look very promising. Now Tihnte has posted some pictures showing off BlackBerry 10’s home screen along with its notifications system and several key apps such as Twitter, Facebook (FB) and FourSquare.

Some of the most interesting images are the ones featuring BlackBerry 10 Hub, RIM’s one-stop message center that lets users handle messages from multiple email accounts, BlackBerry Messenger, social networking sites and text messages all in one location. Even more intriguingly, it looks as though RIM has developed its own Siri-like application that will give users the ability to use voice commands on their smartphones.

More images of BlackBerry 10’s user interface are posted below.