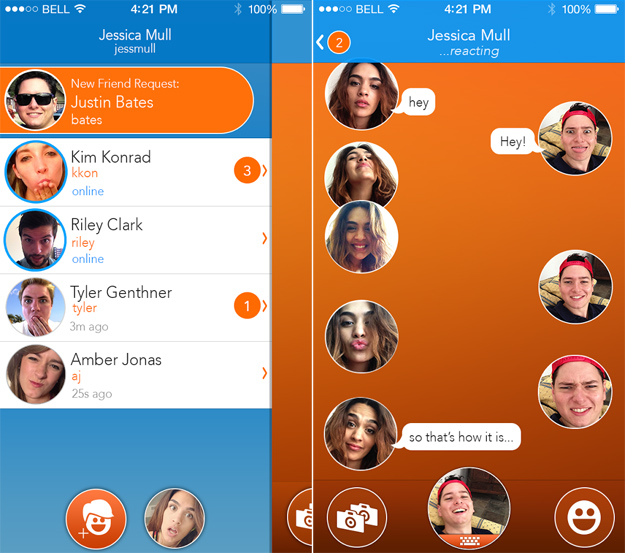 We love covering apps with great designs here on BGR, and we also enjoy covering fun apps with unique and creative features. Every so often, we find an app that covers all the bases. React Messenger was first released late last year but it has undergone a few big changes since then. The result is a beautiful app that differentiates itself in the crowded mobile messaging space by putting a creative twist on the gentle art of textless communication currently dominated by emoji.

What would you get if you combined WhatsApp, SnapChat and Apple’s own iOS Messages App? It might be something like React Messenger, which encourages users to add expressive selfies alongside their messages instead of emoji. The result is usually fun, sometimes hilarious, and always creative.

React is a new way to chat that adds your facial expressions to each message. So you can express more. No sticker packs required.

INSTANT AND AUTOMATIC
Just type and hit send. Your expressions are sent with the message instantly.

REACTIONS
Chat and reply without typing with just an expression.

DOUBLE-TAKE
Quickly take and send a double picture with yourself included.

React Messenger for iPhones running iOS 7 or iOS 7.1 is free and it can be downloaded by following the link below in our source section.