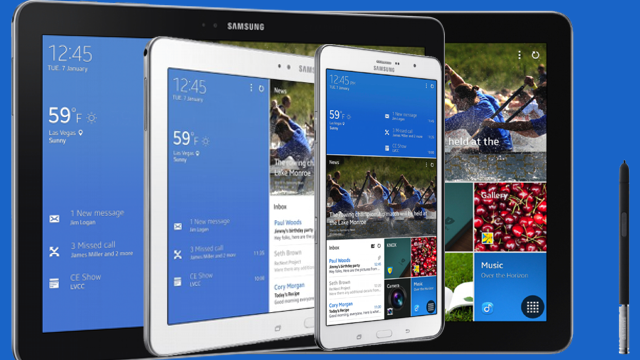 Google is getting ready for its I/O developers event that kicks off on Wednesday and Sundar Pichai has been designated as the “master of ceremonies and Google’s public face,” according to Bloomberg Businessweek. The publication has published an extensive profile of Pichai, a very important Google executive who’s currently shaping the future of Android, Chrome and other Google products. In the process, Bloomberg revealed previously unknown details about Google’s relationship with Samsung and the reason Andy Rubin was forced out of Android.

Samsung, the most important Android device maker, has only recently patched things up with Google, inking a major cross-licensing deal in early 2014. Pichai was the man sent seal the deal, with Samsung’s Magazine UX interface for tablets introduced at CES in January apparently being an important catalyst. Apparently, Magazine UX “enraged executives at Google,” as they felt Samsung hid Google services back on Android devices running Magazine UX, potentially causing unwanted headaches to developers.

A “fragile peace” was forged after “frank conversations” between Pichai and Samsung’s J.K. Shin, with the South Korean giant agreeing to dial down its Magazine UX efforts. “We now work together more closely on user experience than we ever have before,” Pichai said.

However, Pichai’s work with Samsung started earlier, in April 2013 when he decided to take Google CEO Larry Page and chief business officer Nikesh Arora on a trip to South Korea to visit a Samsung factory, to convey respect for what Samsung has done to help make Android popular

“I felt there was more distance than I would like in a partnership,” the exec said. “I wanted a closer, more direct line of communication.”

However, differences between the two giants still exist, as Samsung is working on its own Tizen plans on top of Android. Pichai isn’t worried about Tizen though.

“I view Tizen as a choice which people can have,” the top Google exec said. “We need to make sure Android is the better choice.”

Pichai appears to have achieved something Rubin wouldn’t have been capable of, at least according to Bloomberg’s report, and that’s to make it easier for teams to work together, whether it’s Samsung and Google, or internal Google divisions.

Rubin’s Android was – paradoxically – closed to other Google employees, who found at times that it was easier to work with Apple than Android. Even one of Samsung’s execs said Rubin was a very stubborn exec.

Rubin wanted to keep Android neutral, giving developers a chance to compete against internal Google services, with one source revealing that “Rubin’s reluctance to work openly with other parts of Google was responsible for the only shouting matches he’s witnessed in the upper ranks at the company.”

Google’s decision to put Pichai’s Chrome browser on Android further caused internal troubles in 2012, the publication reveals, as it competed with the default Android browser developed by Rubin’s team. Thus, while the Chrome browser for Android “seemed a perfect model for friendly collaboration within Google,” things weren’t exactly that perfect, as “the relationship between the divisions was so strained that they wouldn’t work together without a term sheet, a contact normally required between two companies that stipulated the responsibility of each side.”

In early 2013, Page told Rubin he had to integrate Android with the rest of Google, a task too big for the Android founder. Rubin agreed at first, but then decided he couldn’t do it and resigned. He was replaced by Pichai shortly after. “Forcing Rubin’s hand” was apparently the toughest decision Page had to make since taking the CEO baton back from Eric Schmidt, according to sources familiar with the matter.

“There was nothing ever personal,” Pichai said. “We had a good sense of friendship, though we weren’t particularly close, but we never had any major disagreements. We had passionate debates about certain courses. Andy kept a lot about how he thought about things to himself. My sense is that at a base level, that is how he functioned. Andy had a plan and a strategy, but it was inside his own head.”

The full Pichai profile is available at the source link below.