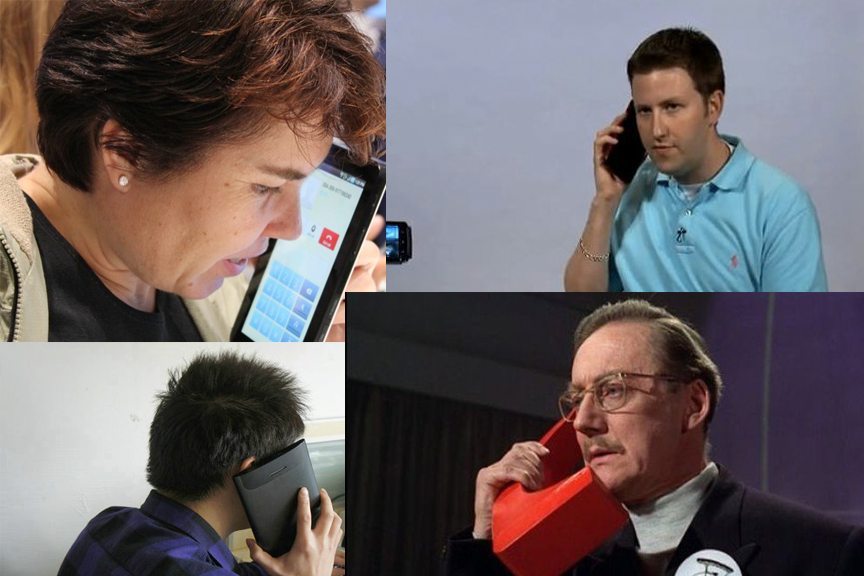 So I’ve been playing around a lot with Samsung’s (005930) impressive Galaxy Note II for the past couple of months and I’ve found it does a lot of things very well. With Google’s (GOOG) mobile Chrome browser installed, it’s a joy to surf the web on. Its beautiful, bright screen makes it a fantastic device for mobile gaming. And I’ve found the stylus very useful for jotting down quick notes or making small shopping lists. But there’s just one problem with the Note II and all other similarly sized “phablets”: I simply cannot stand using them as mobile telephones.

Let’s set aside the fact that I and many other people look completely ridiculous holding the mammoth-sized Note II up to our ears while we’re talking. A bigger problem for me is that such large devices don’t feel particularly mobile in the sense that they don’t fit all that easily in my pants pockets unless I decide to pull a Kris Kross and walk around wearing backward jeans all the time. What’s more, the Note II simply doesn’t feel very comfortable to hold even though my hands measure in at a fairly large seven-and-a-half inches; I cannot imagine how awkward the device must be for anyone with stubby fingers.

All of this is a roundabout way of saying that I’m a little apprehensive about the “phablet avalanche” that’s due to hit us over the next few years that will be driven by the success of the Galaxy Note series, the likely eventual release of an Apple (AAPL) “iPhablet” and the rise of LTE-Advanced technology that will require more antennae and higher processing power to deliver super-fast data speeds. Take all this into consideration and it’s easy to imagine smartphone vendors putting a lot more money and resources into phablets in the future and fewer resources into the smaller, more compact smartphones that are currently the industry standard.

This will be great for phablet fans, of course, but I hope that tech companies don’t forget about those of us who would prefer not to have a phone capable of covering our entire face.