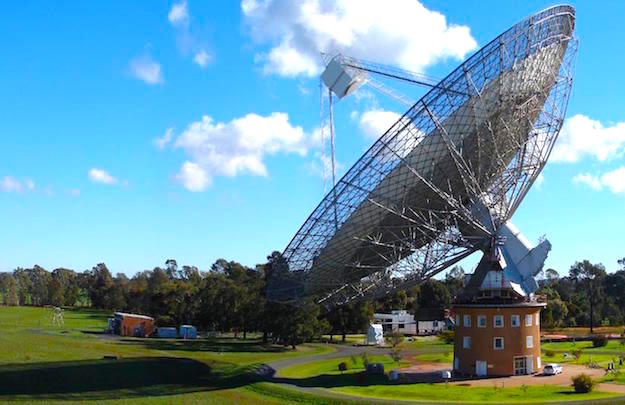 For years now, astronomers who operate the famed Parkes Observatory Radio Telescope in South Wales, Australia were baffled by the mysterious bouts of unfamiliar radio signals they encountered about once or twice a year.

Originally detected in 1998, astronomers weren’t quite sure what to make of the signal interference, with some assuming it must be related to lightning and still others, presumably, left wondering if there were some intergalactic signals being relayed from deep space. In fact, the entire phenomenon was the subject of a feature story in Astronomy Now magazine this past January.

“The theories are now that the radio wave burst might be linked to a very compact type of object — such as neutron stars or black holes and the bursts could be connected to collisions or ‘star quakes.’ Now we know more about what we should be looking for,” says [astrophysicist] Daniele Malesani.

As it turns out, the radio interference was recently discovered to be coming from a microwave oven located by the Parkes telescope site.

“It turns out that you can generate these particular local signals by opening the door of the microwave to stop the microwave, and that produces these weird bursts that we’re seeing at Parkes,” PhD student Emily Petroff told ABC.net.

While the Parkes Observatory radio telescope is operated remotely as to minimize any interference from human generated radio waves such as those that would accompany WiFi or smartphones, a few individuals charged with overseeing the facility itself had been using a microwave to heat up their food, and comically, stumping their colleagues for years on end in the process.