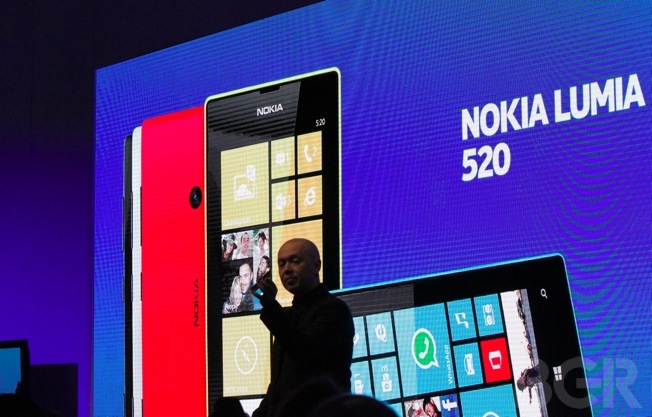 The extensive new China Brand Power Index is fascinating reading on many levels. Who knew that McDonald’s Coffee is the third most popular cafe chain in China? Or that Buick is the second most popular compact car brand? Yet perhaps the biggest shock can be found in the mobile phone category, where Nokia (NOK) still beats Apple (AAPL) in brand power and trails only Samsung (005930) for the title of China’s No. 1 mobile brand. As a matter of fact, Samsung leads Nokia only slightly on points (542 vs. 530), whereas Apple is far behind with 411 points.

This is likely a combination of Nokia’s two-decade, painstaking brand-building work and the ongoing impasse between China Mobile and Apple. The world’s largest mobile operator still has not cut a deal to distribute iPhone. China Mobile is rumored to be demanding far more lenient terms than what Apple extracted from Verizon or Vodafone. Nokia may have one last chance to reverse its steep smartphone decline in China with the new Lumia 520 roll-out, which is kicking off now at a very low price point.

This week, preorders for the Lumia 520 opened at 1,300 yuan non-subsidized and a zero yuan subsidized price. The non-subsidized price is roughly at the $200 price point where magic starts to happen in emerging markets. Nokia is building a TD-SCDMA version of the 520 for China Mobile, where the phone is presumably also going to land priced free with contract.

This is it: Nokia’s brand power in China is still robust despite the awful 2012, Apple has not resolved its contract dispute with China Mobile and BlackBerry (BBRY) is not yet shipping cheap new models in Asia. This is the last chance for Nokia to return to relevance in China and India. The pricing of the 520 is about 20% lower than the cheapest budget Lumia was expected to cost in China in April 2013, perhaps reflecting Nokia’s urgency to really crank up Asian Windows Phone volumes during the spring quarter.

As Samsung pulls out all stops to conquer the luxury smartphone segment in Europe during April, Nokia’s budget smartphone counteroffensive kicks off in Asia. This particular pair of maneuvers marks one of the defining moments in recent smartphone history. If the high-end Lumia 920 gets snuffed out in Europe while the 520 founders in Asia, we could effectively be witnessing the end the Lumia project by next autumn. If the 520 takes off in a big way as an emerging market budget blockbuster,  Nokia could leapfrog back ahead of HTC (2498) and LG (066570) in terms of smartphone shipment volume by year’s end. This is high drama.