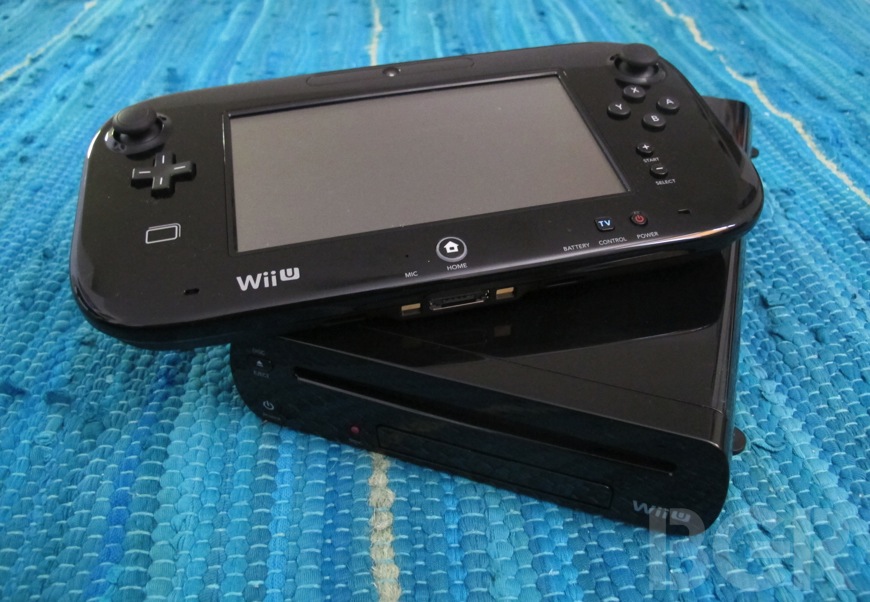 Nintendo (NTDOY) doesn’t follow trends. And contrary to popular belief, Nintendo is not really a game company — it’s an entertainment company. The values that run deep within the humble 123-year-old company that started out producing hanafuda cards carry on through every console and every game it makes today. It might sound silly, but Nintendo is in business to put smiles on faces of all ages; not just the Mountain Dew-drinking, Doritos-eating, pajama-wearing 30-year-old.

The Wii U is an extension of the strategy that Nintendo started with the DS, Wii and 3DS – trot on the road that’s less traveled. It was risky including two screens with one of them being a touchscreen on the Nintendo DS; it was crazy to scrap the tried-and-true dual-analog controller for the motion-controls in the Wii Remote; and it was ballsy to push glasses-free 3D on the Nintendo 3DS.

The Wii U puts the controller on the front lines again, but this time its controller has an assortment of new tricks beyond waggle.

Barely any larger than the original Wii, the Wii U is a console that’s playing catching up to the Xbox 360 and PlayStation 3 from a technical standpoint, in terms of having an HDMI port for high-definition 1080p graphics, proper downloadable games and dual-analogs and triggers.

For the first time, Super Mario is in HD and that’s a big deal to a lot of people. For the last three generations of Nintendo consoles, gamers have gotten used to buying Nintendo hardware to play Nintendo-developed and published games. The data doesn’t lie when 17 of the top 20 Wii games are made by Nintendo.

Like Apple (AAPL), Nintendo sells ecosystems – the hardware and software. Everyone else is running in a race to lowest price point, as far as Nintendo is concerned.

Unboxing Nintendo hardware is very much like unboxing Apple products. The packaging isn’t as “beautiful,” but man, when you pull out the GamePad and see that giant 6.2-inch touchscreen flanked by proper analog sticks that click in, a pair of shoulder buttons and another pair of trigger buttons, you really can’t help but get giddy. Sayonara Wii Remote!

There’s a ton to love about the Wii U from first blush because the GamePad is packed with so many possibilities. It’s got NFC, it can double as a universal TV remote control, it has a front-facing camera and it’s got stereo speakers. And I haven’t even gotten to the exciting part — the wireless display technology that uses Miracast to beam HD games and content from your HDTV to its touchscreen. It’s every bit as fast and lag-free as developers said it would be.

Perhaps the most annoying part about the Wii U console is the fact that it requires a mandatory firmware update upon powering it on for the first time that could take between an hour and forever, depending on your Internet connection. The update adds Wii backwards-compatibility, YouTube, Netflix and Amazon Instant Video. But be careful though, users have reported “bricking” their consoles because they unplugged them mid-update.

In my first few hours with the Wii U, I found the GamePad to be extremely comfortable because of its light weight, and the touchscreen is very responsive. The screen is a resistive touchscreen and supports the GamePad’s included stylus, but doesn’t have any multitouch, which feels like a missed opportunity in today’s multitouch tablet and smartphone world. I guess we won’t be seeing a port of Fruit Ninja for the Wii U GamePad!

For a touchscreen, the resolution is decent at 854 x 480 pixels, which is by no means anywhere as sharp as today’s ultra-dense tablets and smartphones, but again, is still crisp enough.

With Nintendo Land (bundled in with the 32GB Deluxe Set), my initial impression is that this console is refreshing.

From flinging shurikens on the GamePad to the TV, to hitting paper ninjas, to playing what are essentially Nintendo versions of tag with friends using Wii Remotes, the gameplay always made me laugh. The Wii U is neither too serious nor too juvenile. It strikes a good middle ground between the “non-gamers” Nintendo courted with the Wii and the gamers already accustomed to the Xbox 360 and PS3.

The Wii U’s touchscreen and wireless display are a fresh take on the way games are played — all without alienating traditional “hardcore” gamers this time around. It’s the device that will try to win your attention in the living room. It wants to be your companion on the couch and kick your iPad to the side. It wants to let you continue gaming when you’ve got to take a long visit to the bathroom or want to play a game while your wife watches a Breaking Bad marathon. And so far, it’s kind of awesome because what you get is a new way to interact with your TV and games. Oh, and as I said, HD Super Mario. Man, that little plumber looks sweet in HD.

It’s impossible to judge the console after only a day of playing with it and it’s even harder to know whether the Wii U will be as successful as the Wii when one of its key features – a TV companion guide called Nintendo TVii – that’s sort of like a command center for all of your Video on Demand content and DVR won’t arrive until December. That said, the Wii U GamePad also has a rechargeable battery that lasts only about 3.5 hours and I’ve yet to see whether its online service/MiiVerse is enticing enough to make me forget about Xbox Live or the PlayStation Network.

For now, the Wii U appears to be a winner if you’re looking for fresh experiences, especially ones that can be played with friends and families in a single room.