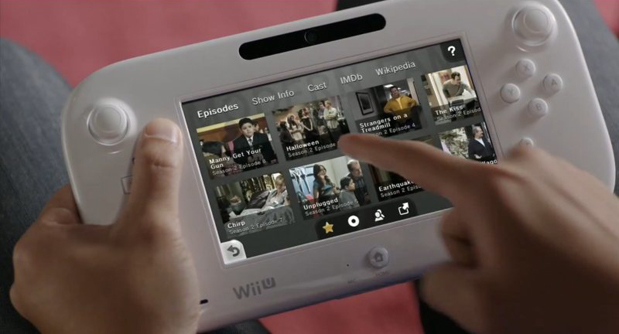 The Nintendo (NTDOY) Wii U launches this Sunday and people are pumped for it. Aside from gaming, Nintendo is marketing the Wii U console and touchscreen-equipped GamePad as the ultimate TV controller. Announced in September, Nintendo called the the Wii U’s “TVii” service a “personalized TV guide that can tell you what’s available on Netflix (NFLX), Hulu Plus, Amazon (AMZN) Instant Video, live TV and video on DVR.” The free service is designed to wrangle all of your TV and video on demand content into a single easy-t0-use UI. That and the GamePad’s ability to double as a universal TV remote makes the Wii U a couch potato’s best friend. The only bad news is that Nintendo TVii and the Video on Demand services won’t be ready at launch— Nintendo says TVii will instead arrive in December. So, if you have those services and planned to ditch your Xbox 360 or PlayStation 3 and go all-in with the Wii U, you might want to wait just a few more weeks before putting them up on Craigslist.