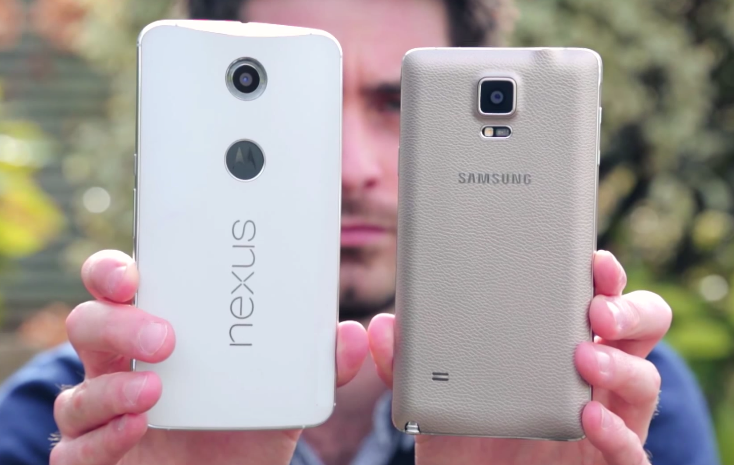 The Nexus 6 is a really, really big device. And now Droid Life points us to a new video from Carphone Warehouse that gives us a close side-by-side comparison between the Nexus 6 and the Galaxy Note 4 and as you can see in the picture above, the Nexus 6 is huge even when pitted against Samsung’s famously big flagship phablet.

RELATED: The wait is finally over: Google’s incredible Nexus 6 is now official

Among other things, the video compares the Note 4 and Nexus 6’s two enormous displays, their battery sizes, the devices’ different software features, and the devices’ two cameras. When it comes down to it, the two devices are very similar in a lot of ways and it seems that your choice on which one to buy boils down to what you value the most.

The Nexus 6 offers a smoother overall experience thanks to the fact that it runs on stock Android and thus isn’t clogged with some of the bloatware that Samsung typically packs onto its devices. That said, not all of Samsung’s software is bad, as its camera software is some of the best around and its new health-focused apps offer something that you won’t get from Google on stock Android.

Be sure to check out the full video below to get a sense of the major differences between the Nexus 6 and the Galaxy Note 4.